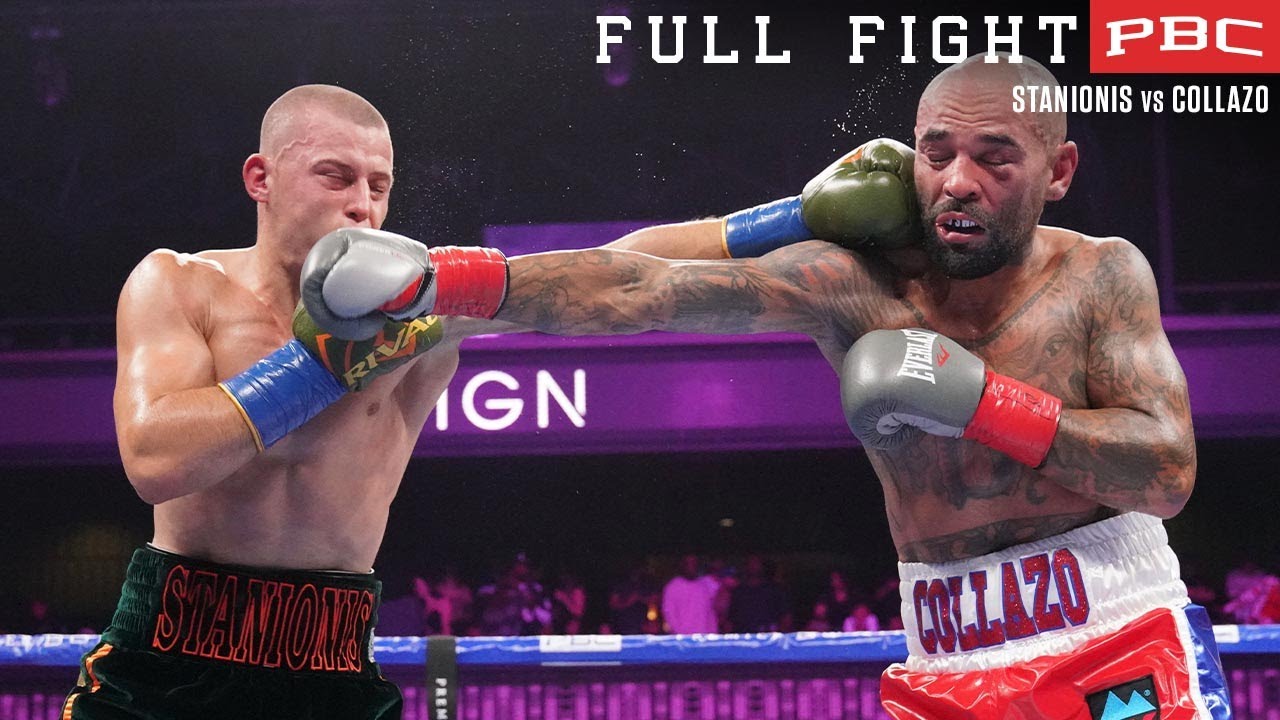 Unbeaten rising welterweight Eimantas Stanionis (13-0, 9 KOs) and former world champion Luis Collazo (39-8, 20 KOs) fought to a no-decision after an accidental headbutt injured Collazo in the fourth round, leading to the referee calling off the bout that headlined FOX PBC Fight Night and on FOX Deportes Saturday night from the Armory in Minneapolis.

The battle between the highly-regarded prospect and tough veteran contender delivered early, as Stanionis and Collazo fought at a close range and exchanged consistent power punches. Stanionis appeared to get the better of the early action, out landing Collazo 104 to 50 while connecting on over 52% of his total shots according to CompuBox.

In the fourth round, which was again fought at a close distance, late action saw an accidental headbutt stun Collazo and put him on the canvas in obvious and immediate pain. While he took his time and attempted to gather himself, referee Charlie Fitch was forced to waive off the bout at the suggestion of the ringside physician, resulting in the no-decision 2:31 into the round.