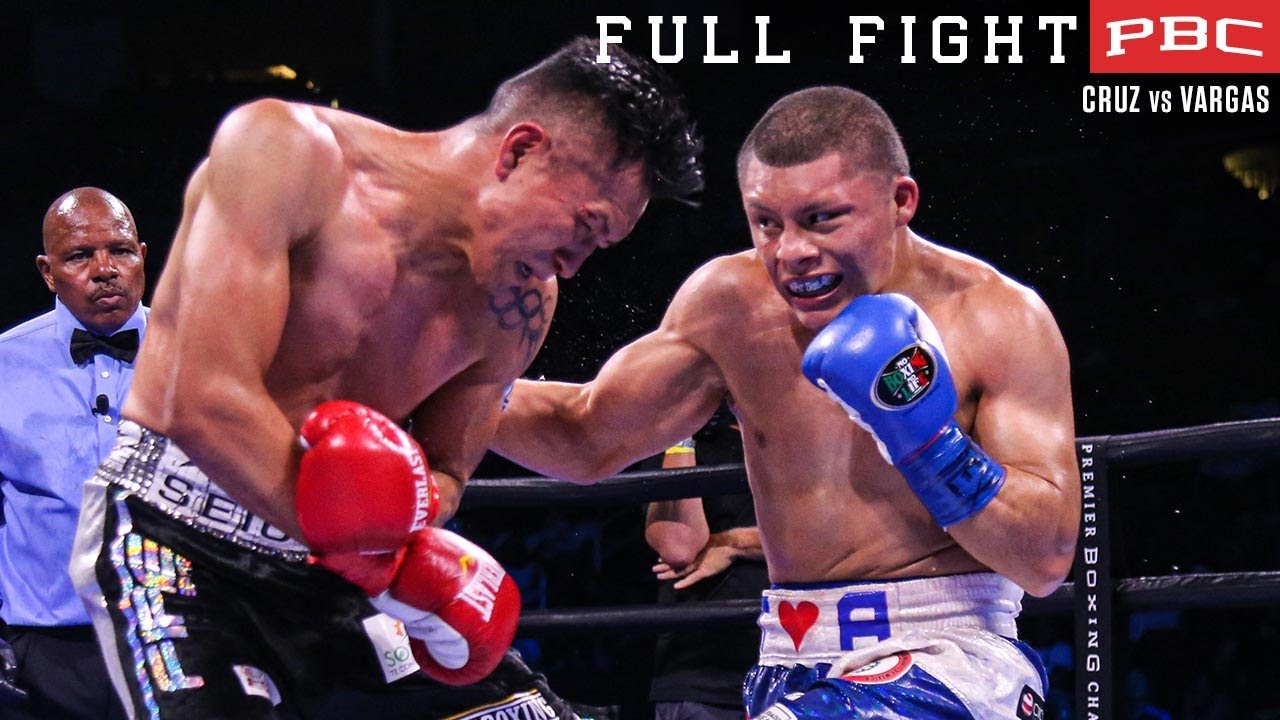 Cruz, who shot up the lightweight rankings in 2020 and punctuated his year with an electrifying first-round knockout over Diego Magdaleno in September, came out early looking for a similar result. Cruz continued to throw power punches, including his signature overhand right, but Vargas was able to avoid any devastating blows. It was the 36-year-old Vargas who was the more active fighter, throwing 586 punches compared to Cruz’s 548. However, Cruz out-landed Vargas 188-148 and landed 43 percent of his power shots en route to the victory.

Cruz consistently led with his head, resulting in a number of head clashes, including in the eventful 10th and final round which led to a significant cut over Vargas’ right eye that the Mexican warrior fought through. In the final minute of the fight, Cruz sent Vargas to the canvas for just the second time in his career with a barrage of punches, topping off an impressive performance.

‘I’M REALLY UPSET’ – SIMPLE SIMON DAUGHTER KEELEY REACTS TO HER DAD GETTING STOPPED IN R1
Canelo vs Jacobs HEADBUTT & SWINGING! FACE OFF at WEIGH IN
Chris Colbert Doesn’t Miss A Beat | The PBC Podcast
COULD THERE BE A TRILOGY? | Tyson Fury v Derek Chisora 2 | Official Fight Highlights
‘FURY VS WHYTE NUMBERS NOT DISCUSSED so probably not very good’ – Eddie Hearn