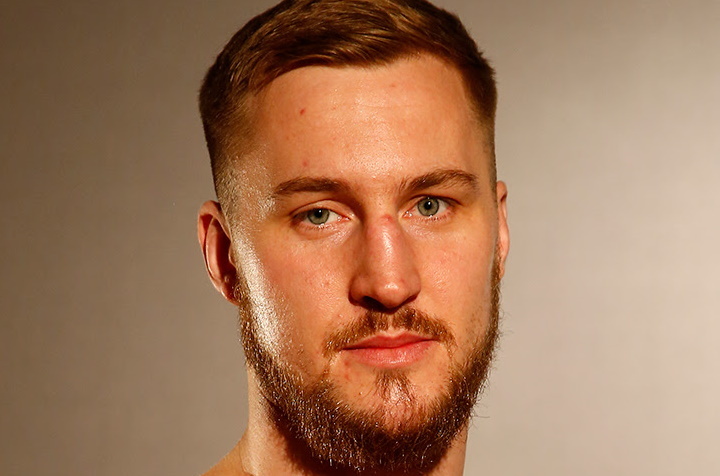 WBC #11-rated heavyweight Otto Wallin says he’s taking his upcoming fight with Rydell Booker as seriously as the world championship fight he’s on the verge of securing with one or two more victories.

Sweden’s Wallin (23-1, 14 KOs) will take on hometown veteran Rydell Booker (26-5-1, 13 KOs) in the 10-round main event of Salita Promotions’ Detroit Brawl event on Thursday, May 26, 2022, in the Lincoln Ballroom of the Ford Community & Performing Arts Center in Dearborn, Michigan.

“I always enter the ring knowing I’ve done all I can in training and that brings me confidence to perform at my best and makes me willing to do what it takes to win,” said Wallin. “My preparations for fights, both physically and mentally, are always 100%. This fight doesn’t have the magnitude that I’ve been hoping for, but it’s great for me to be active. I need that to keep developing and to be ready when the bigger fights come.”

Wallin says despite the fight having no championship implications, he’s ready for anything the capable Booker can throw his way.

“Booker is a well-schooled boxer and a skillful one,” added the 31-year-old southpaw Wallin, “and anything can happen in heavyweight boxing, so I cannot underestimate him. I expect me to be the busier guy with Booker trying to counter my shots. I’m ready for whatever he will bring.”

Best known for coming heart-stoppingly close to defeating lineal and world-recognized heavyweight champion Tyson Fury in their September 2019 battle, Wallin says Fury’s retirement, and the possibility of a rematch disappearing with it, don’t overall affect the big Swede’s mission.

“My plan has always been to become heavyweight world champion so that doesn’t change with Fury’s potential retirement. I’m here to work my way up the rankings and force the champions to fight me.”

“Otto Wallin is the biggest heavyweight name to fight in Detroit since Mike Tyson, which was October 20, 2000,” said event promoter, Dmitriy Salita. “I’m very excited about our upcoming event, which is stacked with local and international talent.”

On the undercard, rising super welterweight powerhouse Marlon Harrington (7-0, 6 KOs) will be appearing in an eight-round showdown, as will fast-tracking former national amateur champion and undefeated professional middleweight Joseph Hicks Jr. (1-0, 1 KO) of Grand Rapids, Michigan in a six-round bout.