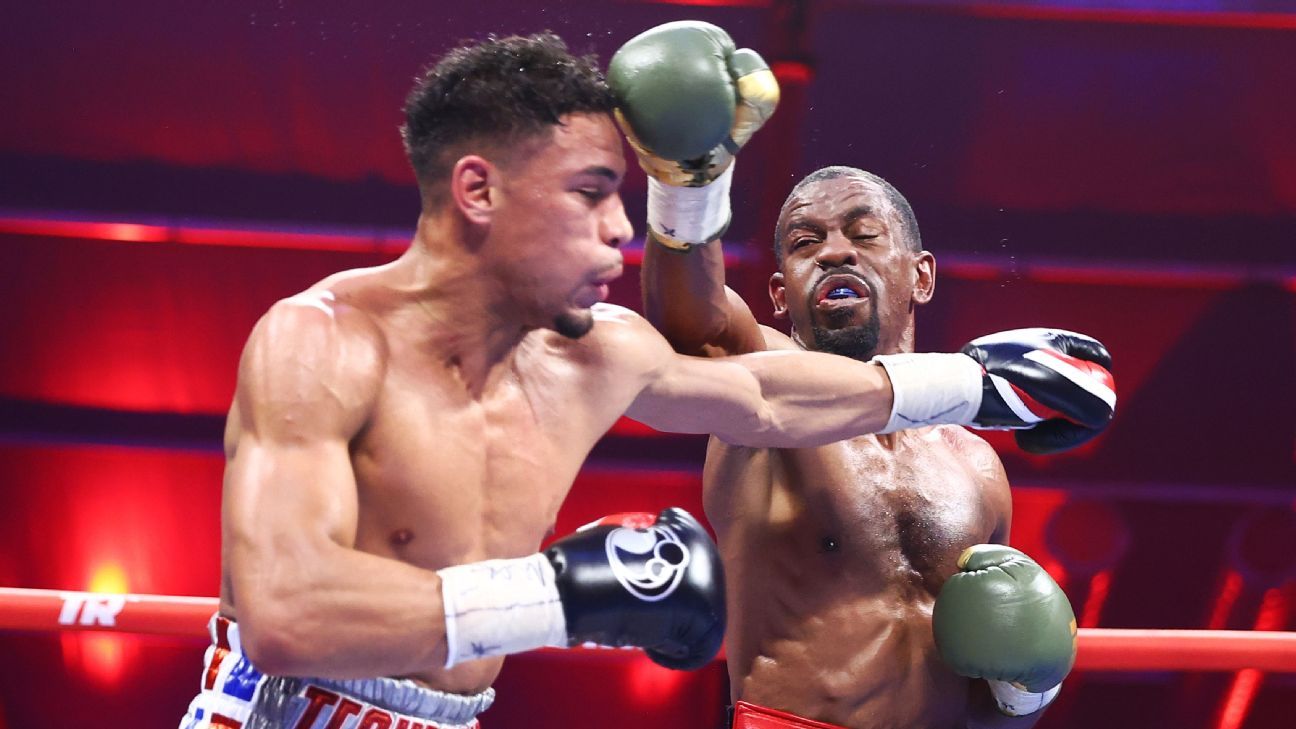 Former junior lightweight champion Jamel Herring indicated that he will retire following a loss to Jamaine Ortiz on Saturday night at the Resorts World Las Vegas.

“I appreciate everything,” Herring said in a tweet. “Thank you all. It’s time to move on and enjoy more time with my family.”

Herring suffered a unanimous decision loss (97-93, 97-93, 96-94) to Ortiz, an undefeated prospect from Worcester, Massachusetts. It was the second straight defeat for Herring (23-4, 11 KOs), who lost his WBO junior lightweight title to Shakur Stevenson in October.

“I love this sport, but I owe it to my family to quit putting them through these moments,” Herring said in a subsequent tweet. “Thank you all, whether you were with or against me, you made me who I am, but it’s time.”

Herring, a 36-year-old former Marine, bounced back from losses in 2016 and 2017 to go on seven-fight winning streak that culminated in a technical knockout win over Carl Frampton in March 2021 to win the WBO’s title in the 130-pound division. Herring knocked Frampton down twice to force a stoppage in the sixth round.

In his first title defense, he was matched against Stevenson, who is considered one of the best prospects in boxing. Stevenson cruised in a 10th-round TKO victory.

“After tonight,” Herring said, “I just don’t think I’m where I need to be, especially to fight at an elite level anymore.”