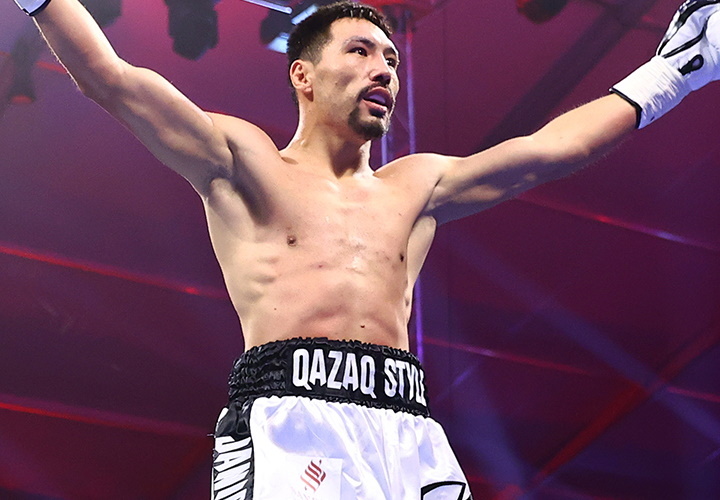 Janibek will now wait to see if the WBO’s full champion, Demetrius Andrade, remains in the weight class or officially moves up to super middleweight.

If Andrade fails to fight Janibek in the near future, the undefeated puncher will automatically become the WBO’s full champion in the weight class.

“I am in the ring right now, and I want to tell every champion in this weight class, I am here waiting for you. I am asking every champion to come and fight me,” Janibek said. “I told {Dignum} I wish him luck in the future. I think he’s a good fighter. He showed good skills and has a big future.”

Janibek (12-0, 8 KOs), a 2016 Olympian from Kazakhstan, landed 15 of his final 17 power shots and 21 of 33 overall. Dignum (14-1-1, 8 KOs), from Essex, England, formerly held the WBO European title, but was no match for the sensational southpaw. Janibek knocked down Dignum in the opening round, and it was only a matter of time until the hammer dropped.

And, at 2:11 of round two, Janibek’s “Qazaq Thunder” landed flush and caused Dignum’s head to ricochet off the canvas.

“Janibek is the next middleweight superstar. There is no doubt that he is the future of the division. What a sensational performance from a great young man and fighter,” Arum said.