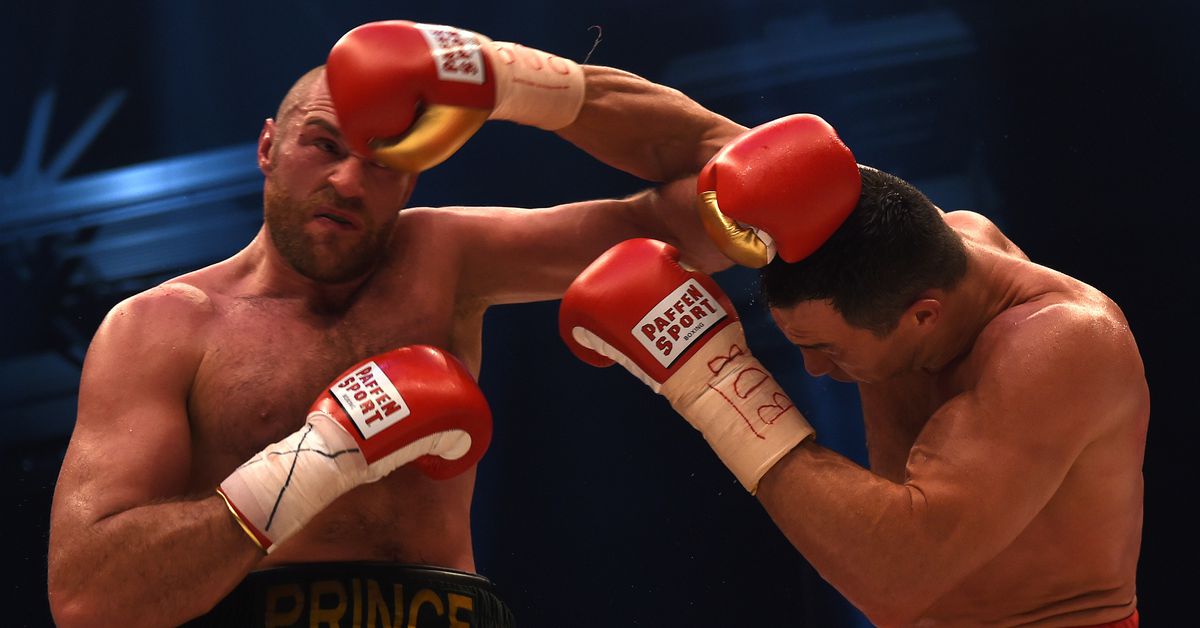 Wladimir Klitschko has, of course, been busy fighting in the war in Ukraine against Russian forces for the past few months, but the former heavyweight champ still thinks about boxing from time to time, and brought up a conversation starter in a media appearance this week.

Klitschko recently was a guest on “Piers Morgan Uncensored,” and the host asked if he might want to come back to the ring when eventually the war in Ukraine comes to an end. Klitschko admitted the idea makes him smile, something he hasn’t done much recently.

“That’s where my passion is. Honestly, I was thinking, like, I should just take Tyson Fury and Tweet, ‘Last dance?’ Since he wants to retire and we were supposed to have this rematch, I was thinking about it,” he said.

“I didn’t do it, because my mind was in a totally different world. But it just, you know, after getting the news that he defended the title and he’s retiring, I wish him the best. But I was really thinking, ‘I should send this.’”

Fury beat Klitschko in a miserably awful fight back in Nov. 2015 to win the WBA, IBF, and WBO heavyweight titles. He would never defend those belts, and didn’t fight again until his 2018 comeback, which led to the greatest run of his career, which recently came to an advertised and still much-doubted “end.”

Fury and Klitschko were meant to rematch in 2016, but again, that fight never happened. There were press conferences and everything, but it didn’t go through, with Fury pulling out due to a bout with depression, something that became quite severe that he’s discussed many times in the years since.

Wladimir turned 46 in March, about a month before Fury defeated Dillian Whyte at Wembley Stadium. Klitschko stays in outstanding physical condition, but for many reasons, this is probably not a great idea. He’s old, and he couldn’t do much of anything with Fury seven years ago. Fury has actually gotten notably better since then and even more confident as a fighter, while Klitschko hasn’t fought since he was stopped in the 11th round against Anthony Joshua in 2017.

But would it make money? Yeah, of course.

I do not think Wladimir would do an exhibition with this one. He might for something else — Lennox Lewis or somebody, perhaps — but with Fury he has an actual rivalry and probably feels there’s a score to settle deep down in his guts. If he were going to do this, he’d probably want it legit.

Would you want to see it?