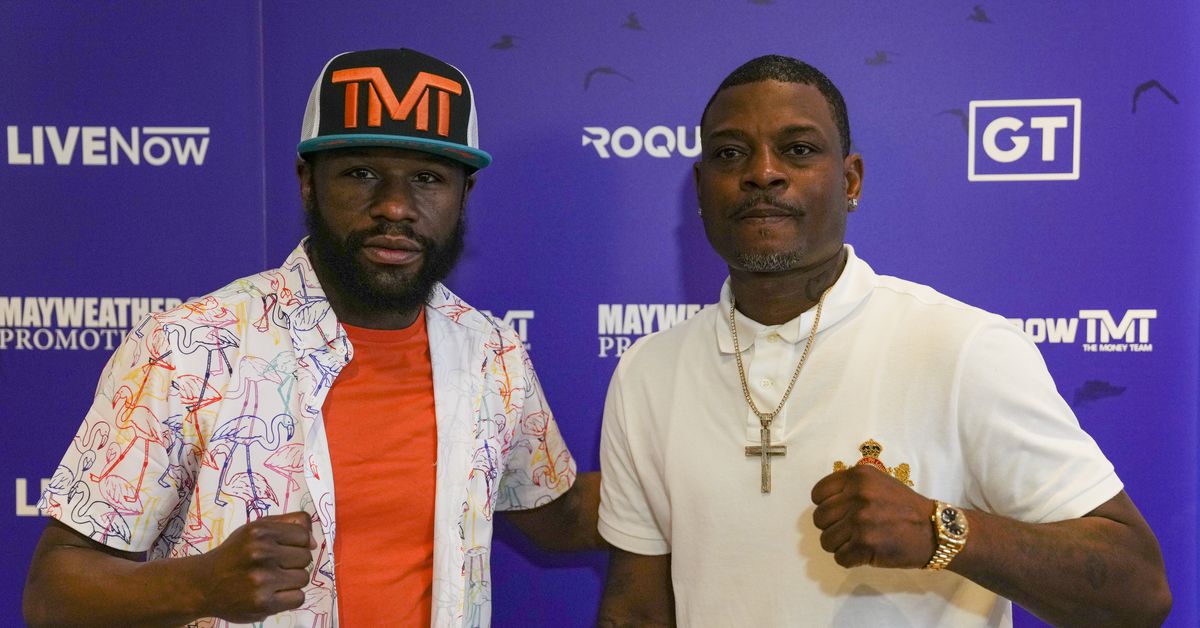 Floyd Mayweather’s exhibition with Don Moore will happen today in Abu Dhabi, no longer on the helipad atop the hotel in Dubai, which kinda makes it just another exhibition fight and one that isn’t even on a helipad, but either way we’ll be here with live coverage for you.

Live updates will come in this stream, including round by round for the main event even though it’s not a sanctioned fight, because whatever, someone’s interested:

This show was originally meant to happen on May 14, but was postponed a week after the passing of the President of the United Arab Emirates.

We actually don’t really know exactly how much of the original lineup is happening today or what will air, so, you know, flyin’ by the seat of our pants here. Originally, the show was meant to feature tune-up returns for Badou Jack and Delfine Persoon, plus an Anderson Silva exhibition (we think?) against Bruno Machado. The most recent poster still shows all of them, but whatever, we’ll see what we get. Fun times, baby. Let’s go!