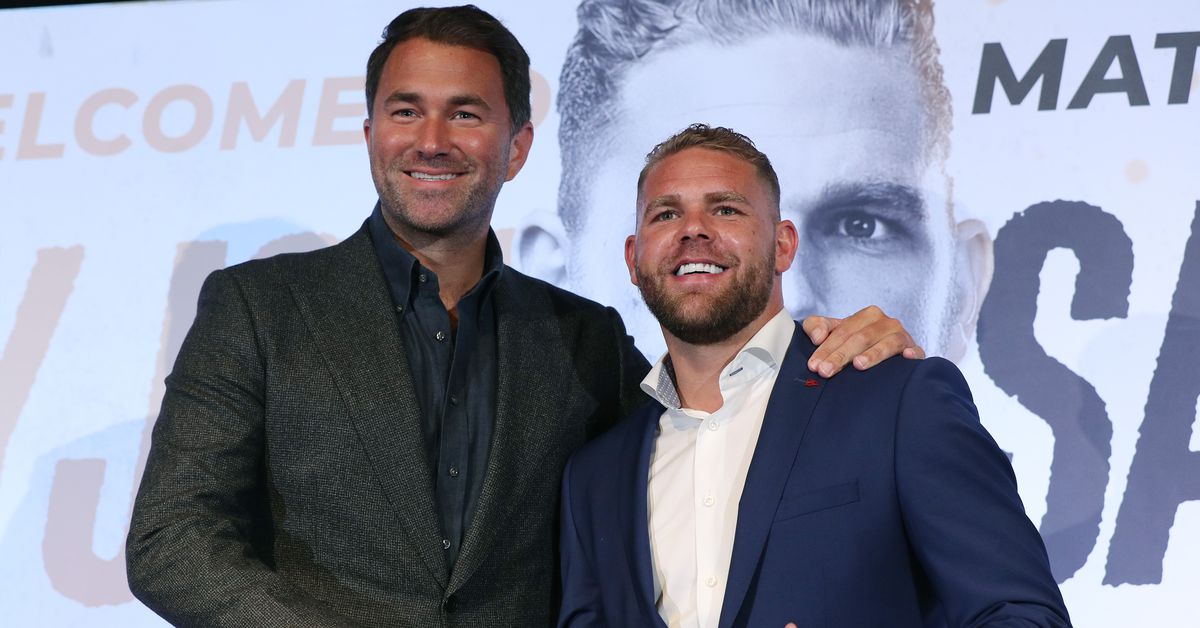 Billy Joe Saunders could return to action later this year, at least if Matchroom promoter Eddie Hearn gets what he’d like to see.

Hearn told talkSPORT that he has been in touch with Saunders’ team if not Saunders himself:

“We’re talking to him about possible fights in September [or] October. He has gotta get back in the gym and take the weight off because he’s notorious for enjoying himself in between camps. But he’s a very good fighter. … I’d like to see John Ryder fight Billy Joe Saunders. They had a great fight a few years ago, it was very close. John’s got great momentum after the Daniel Jacobs fight and hopefully we can get Billy Joe back in the ring.”

Saunders (30-1, 14 KO) lost to Canelo Alvarez in his last fight, which came in May of 2021. The fight was stopped after eight rounds with Saunders’ eye socket terribly and clearly damaged.

The former middleweight and super middleweight titleholder would still be a contender at 168 if he mounts a comeback, and as Hearn notes, there are notable UK rematches with both Ryder (31-5, 17 KO) and Chris Eubank Jr (32-2, 23 KO) to be made.

Saunders will turn 33 in August, which isn’t old but time is definitely ticking a bit, and if he wants to fight again, now would be the time to get to it instead of waiting until he’s older and rustier. At his best, he’s a tricky, crafty opponent for anyone at 168, a major challenge for anyone in the division.