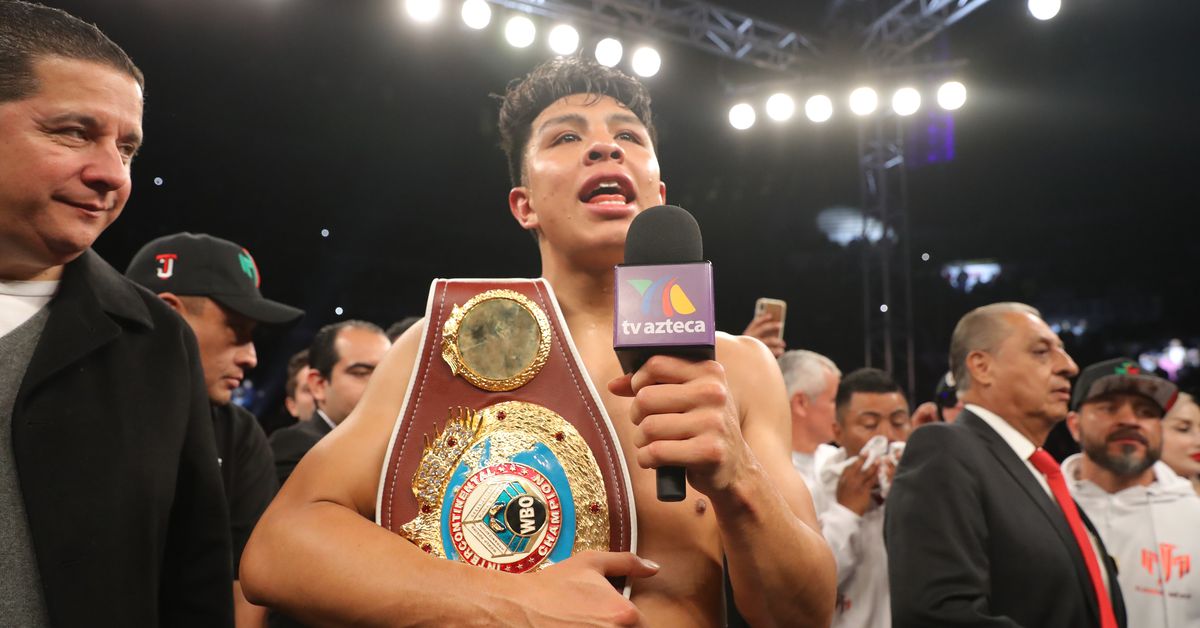 First came the negotiations for a catchweight bout with Daniel Jacobs. Then Michael Zerafa chimed in to say he’d been offered the fight. Now, Jaime Munguia’s next opponent has been revealed: Jimmy “Kilrain” Kelly, whom he’ll face at Anaheim’s Honda Center on June 11th.

You may recall Kelly (26-2, 10 KO) from his 2015 mauling at the hands of Liam Smith or his 2018 decision loss to Dennis Hogan. He spent most of the intervening time beating opponents with losing records, often in six-rounders, but secured his biggest career achievement this past February: a majority decision upset over a rusty, aging Kanat Islam.

It was enough to get him a top-10 spot in the WBO rankings, but he’s arguably Munguia’s (39-0, 30 KO) worst opponent since moving up from 154. I genuinely do not understand how this many so-called professionals can take an exciting, hard-punching young Mexican and completely squander every ounce of his star potential. Hell, he has a very winnable WBC final eliminator against Carlos Adames on the table right now and his team won’t pull the trigger.

Maybe Oscar’s rant about “letting” Canelo fight Bivol was a glimpse into the mindset at play.