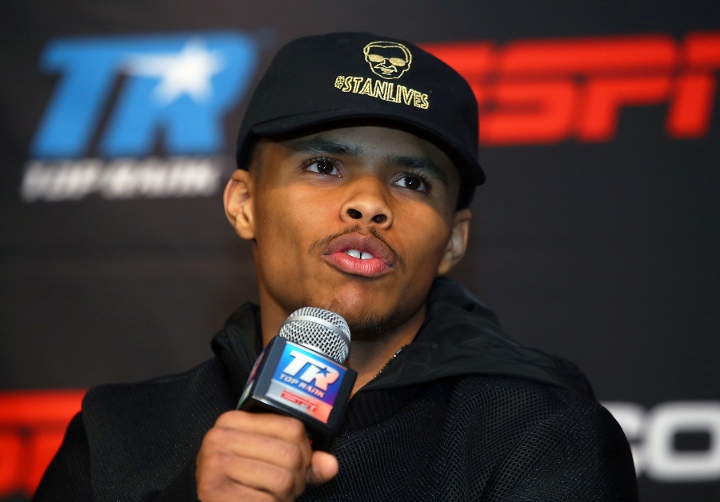 (Video by Ryan Burton) – Shakur Stevenson was ringside as Jeremiah Nakathila knocked out former world champion Miguel Berchelt in a stunning upset Saturday evening at Resorts World Las Vegas. The fight was stopped after six one-sided rounds. Berchelt was knocked down in the third with a jab and behind on the scorecards at the time of the stoppage (60-53 3x).

Berchelt (38-3, 34 KOs) had not fought since his February 2021 knockout loss to Oscar Valdez, and Nakathila (23-2, 19 KOs) provided anything but a soft landing spot. Nakathila had fought once since a wide points loss to Shakur Stevenson, but his second American fight went far better than the first. He found a home for the right hand and wobbled Berchelt on multiple occasions.

Berchelt showed signs of a comeback in the fifth, but Nakathila immediately took the play away in the sixth. Right hands and left hooks found their mark, and referee Russell Mora, on advice of the ringside physicians, would not permit Berchelt to come out for the seventh round.