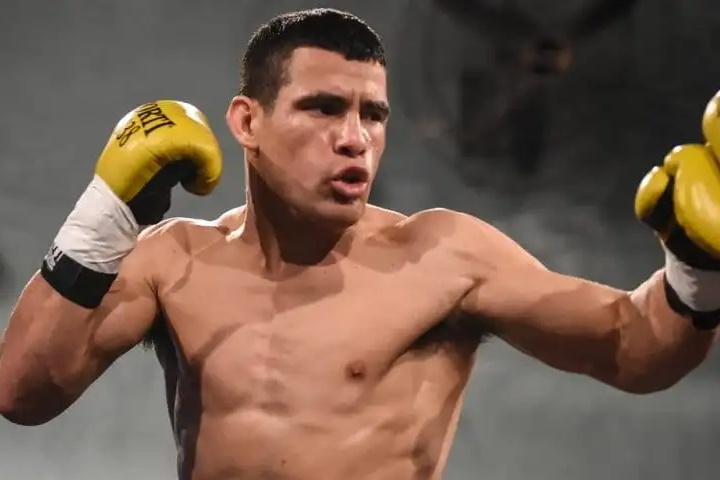 On Saturday night, Argentine contender Gustavo “El Eléctrico” Lemos (28-0, 18 KOs) made a big statement in the junior welterweight division, as he knocked out former world champion Lee Selby in the fifth round at Luna Park in Buenos Aires, Argentina.

The fight was a final eliminator and earned Lemos the right to challenge for the International Boxing Federation (IBF) lightweight title, which is owned by unified champion George Kambosos.

With high voltage in his fists, Lemos dominated the fight from the start of the second round with accurate punches to his opponent’s body, after an initial first round of feeling the Welshman out.

The Buenos Aires native, who had been inactive for almost a year, overwhelmed the former champ with his physical power and knocked him down twice, in the fourth and fifth rounds, before referee Mario González stopped the fight.

Selby, 35, an experienced boxer who was once the featherweight world champion, was only able to fight on equal terms during the first round.

The 25-year-old Argentine puncher is hoping to get a world title fight in the near future.

Selby, who was also a British and European featherweight titleholder, was coming off a split decision loss to Kambosos back on October 31 of 2020. His record now stands at 28 wins (9 on the fast track) and 4 losses. The fight with Lemos was his first stoppage defeat.