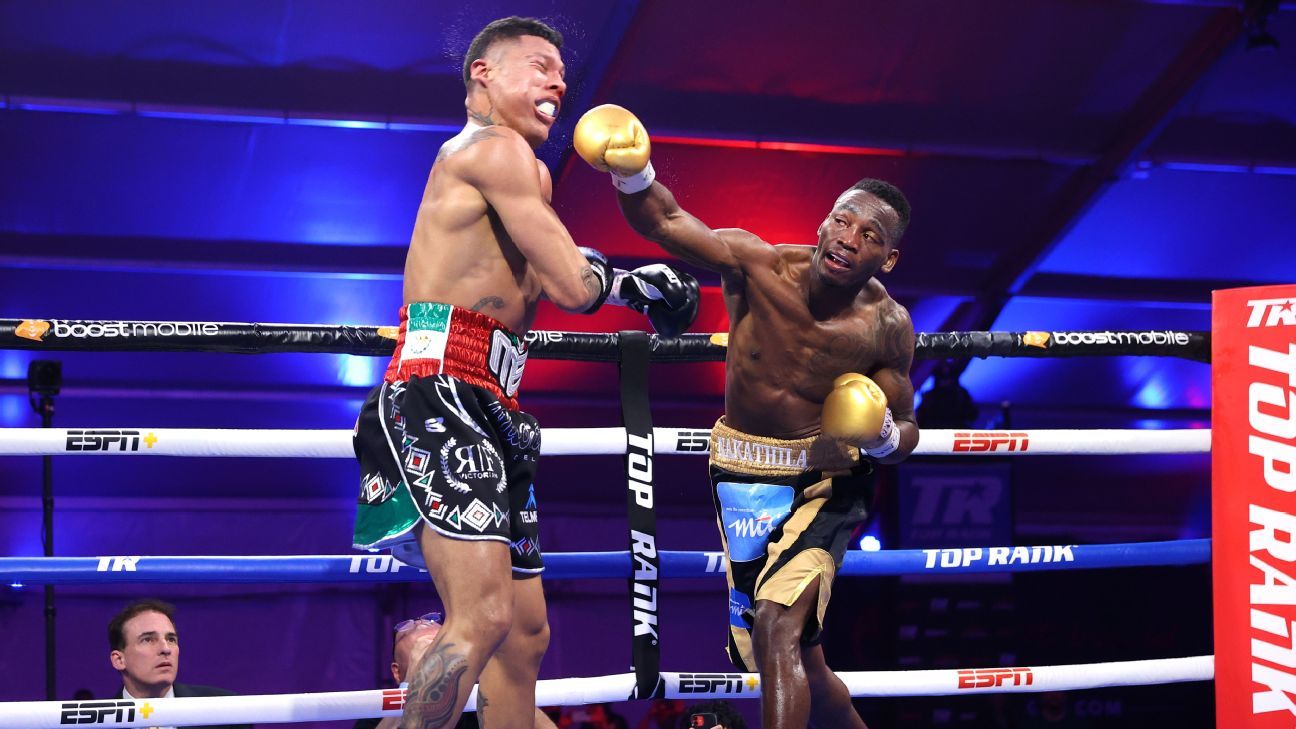 Miguel Berchelt was brutally knocked out by Oscar Valdez in February 2021, and it’s now apparent he lost much more than just his 130-pound title that night.

In his 135-pound debut, Berchelt was stopped in Round 6 by Namibia’s Jeremia Nakathila on Saturday in Las Vegas in an early contender for Upset of the Year. Berchelt entered the fight as roughly a 6-1 favorite.

Nakathila (23-2, 19 KOs) sent Berchelt’s mouthpiece flying across the ring after he connected with a right-handed haymaker late in Round 6, prompting referee Russell Mora to pause the action. When the fight resumed, Berchelt (38-3, 34 KOs) was on unsteady legs as he absorbed the underdog’s aggressive attack.

After Round 6 ended, Mora wisely stopped the bout.