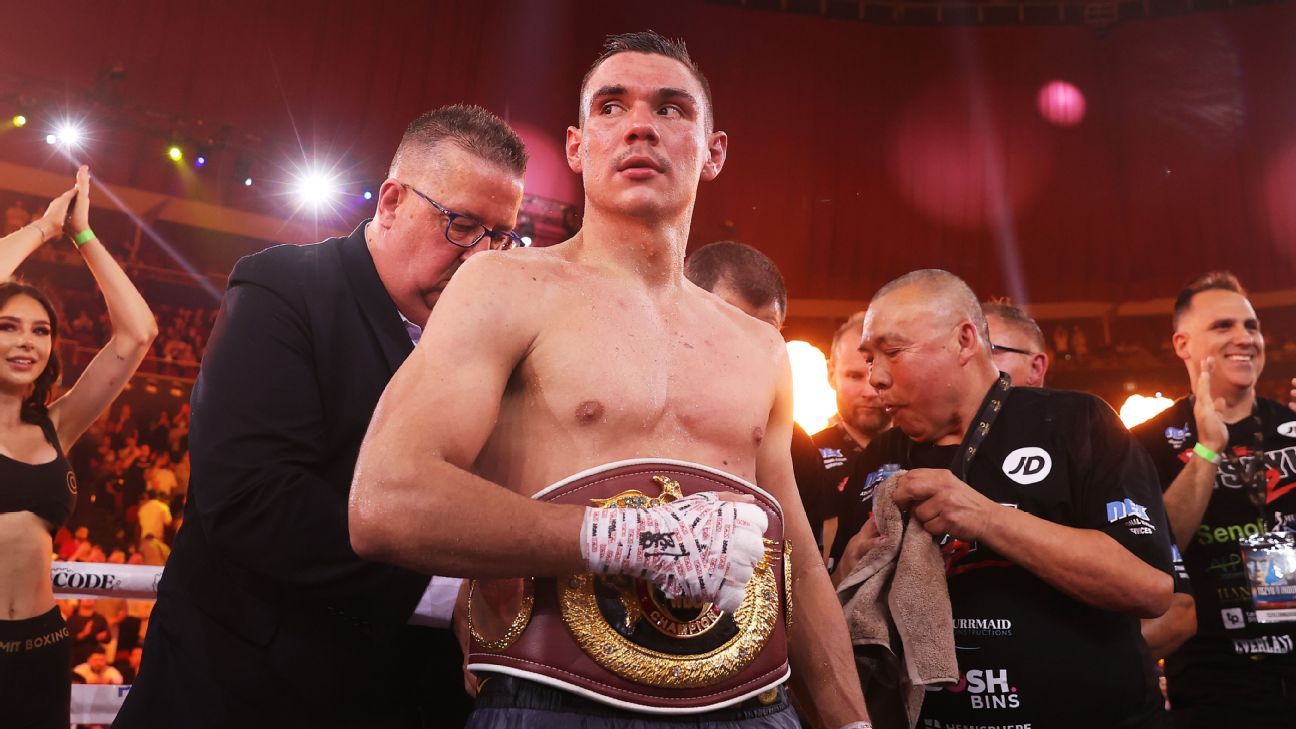 Thriving under the pressure of his all-or-nothing US debut, Tim Tszyu is vowing to “take over” boxing’s super-welterweight division and become a unified world champion.

“It’s in my heart, in my destiny. I’m not here to just take part; I’m here to really take over and I believe it,” Tszyu said after facing off at a media event with Terrell Gausha in Minneapolis on Friday (AEDT).

The winner of the world title eliminator on Sunday (AEDT) will almost certainly face the victor of the blockbuster May 14 rematch between Jermell Charlo and Brian Castano for all four belts.

Tszyu (20-0, 15KO) is adamant he’s the premier fighter in the talent-stacked division and has no plans of slipping up against American Gausha (22-2-1, 11KO).

“Don’t make mistakes. It’s quite simple,” the Australian said when asked of his game plan.

Defeat would be a huge setback for the 27-year-old and send Tszyu crashing back to square one in his world title quest.

But pressure – what pressure?

“Look, I’ve done it 20 times, haven’t I? And there’s been pressure every time so I’m not concerned about pressure,” he told AAP.

“I wouldn’t know, man. It doesn’t bother me. Twenty times now and everybody asks do you feel the pressure? But 20 times I’ve done it.”

Conceding Gausha is a “step up in terms of skills” compared to his 20 previous foes, Tszyu is bracing for a torrid encounter.

“I hope it gets finished nice and early but I’m ready for the distance,” he said.

“I’m ready for anything. I was born ready.

“I’ve got a big responsibility ahead of me, but I intend to take it with both hands.”