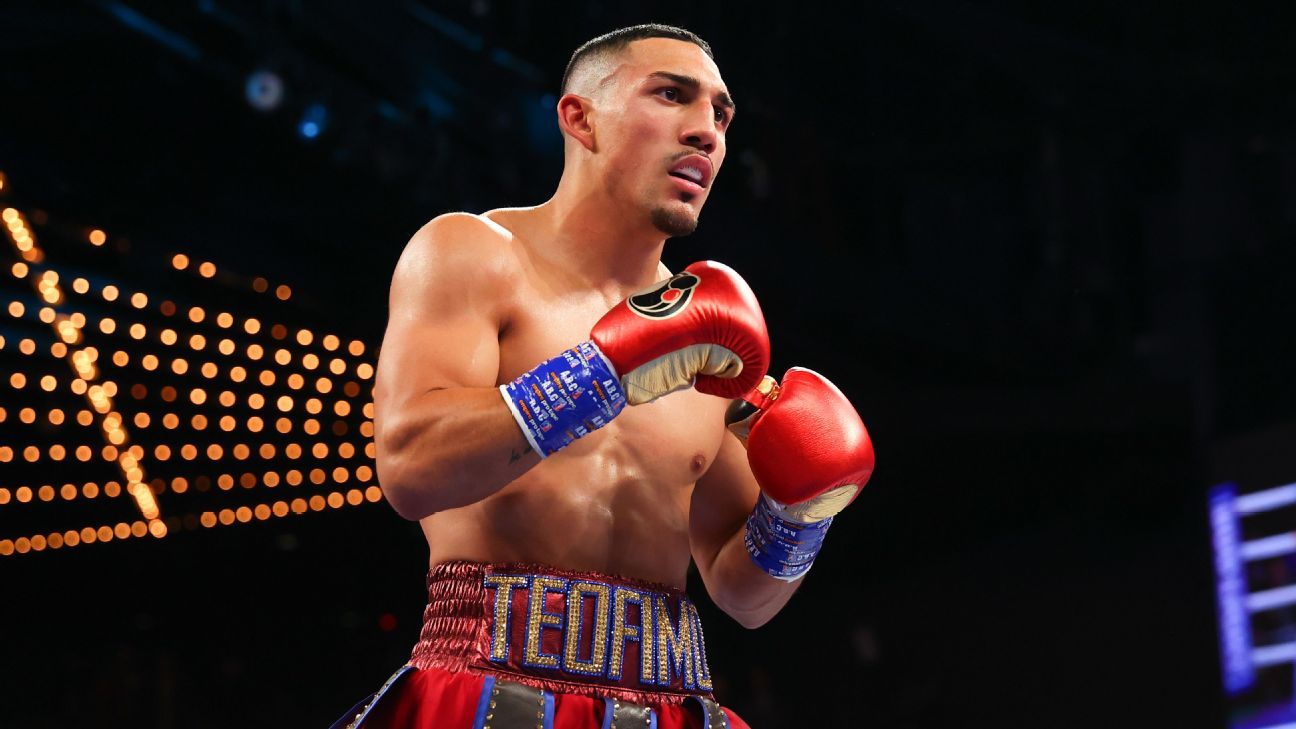 Lopez, 24, also had arthroscopic surgery on his left elbow in February in L.A., McWater said.

The hand surgery lasted about two hours and Lopez won’t be able to punch with the right hand with force for approximately six weeks.

He has dealt with the pair of nagging injuries during training camp for his past two fights, according to McWater. Lopez (16-1, 12 KOs) outpointed Vasiliy Lomachenko in October 2020 to capture the undisputed lightweight championship but was defeated by George Kambosos in November in ESPN’s Upset of the Year.

“This has been a problem for a long time, and because that [Kambosos] fight got postponed so many times, in reality we had the time to fix it but we never knew we had the time so it’s been going on forever,” McWater said, referring to a fight that featured nine different dates and was originally scheduled for June 19.

“He got just enough rest to convince himself he can go a little longer and he’s a tough guy, these guys fight with injuries people can’t even dream of. That hand hurt him all the time and the elbow thing hurt him with his hooks. … He’s upbeat, he’s ready to fight. We were talking last night about plans for camp.”

Most troublesome of all, Lopez was hospitalized after the November loss with “extensive air in the retropharyngeal space,” which was likely caused by a slight tear in his esophagus, ESPN’s Mark Kriegel reported.

“He could have died, for sure,” Dr. Linda Dahl, an otolaryngologist (ENT) who reviewed Lopez’s medical records in November, told Kriegel. “How he breathed, I can’t even explain to you. It’s like somebody tied a 300-pound set of weights around his chest … like his neck and chest were in a vise.”

Lopez is no longer dealing with the issue after resting during the past few months, and with his hand and elbow now repaired, he’s approaching his return. McWater says he believes Lopez could fight for a 140-pound title before the end of the year, but first, he’ll have to regain full use of his powerful right hand. He won’t able to spar or punch the heavy bag for at least the next six weeks, which would allow him to fully train during the first week of May.