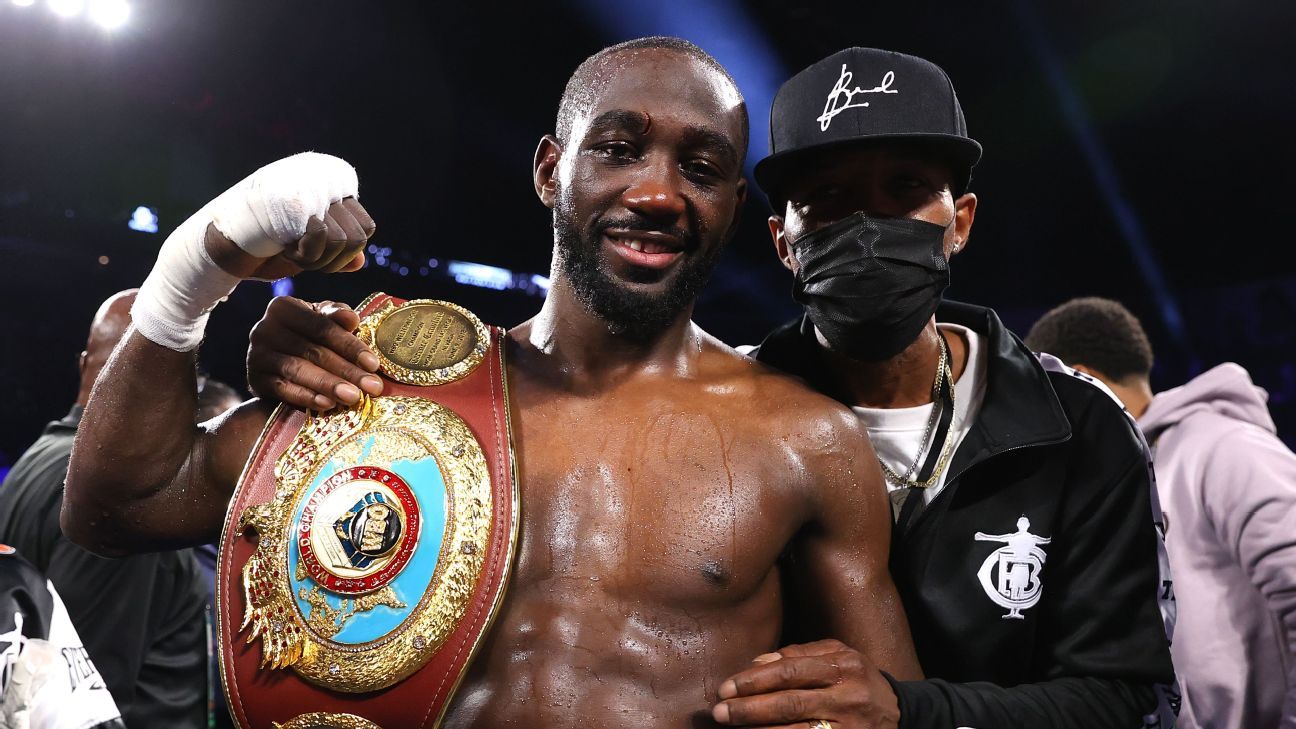 Terence Crawford is looking to become undisputed in a third weight class, but he’s not limiting himself to welterweight.

The 34-year-old became a promotional free agent after his long-term contract with Top Rank expired in November, eliminating one major roadblock to his pursuit of Errol Spence Jr., who holds two titles, meets Yordenis Ugas on April 16 in a 147-pound title unification.

Crawford, a welterweight champion, told ESPN Deportes on Thursday in Puerto Rico that his priority remains to fight the winner in an undisputed welterweight title fight, but if he can’t land the bout, he has another matchup in mind.

“I wanna move up and fight the winner of the [Brian] Castano-[Jermell] Charlo [bout],” said Crawford, ESPN’s No. 1 welterweight and No. 2 pound-for-pound boxer.

The Omaha, Nebraska, native was undisputed champion at both 135 pounds and 140, and now holds a title at 147. Crawford (38-0, 29 KOs) made the fifth defense of that belt with perhaps his best performance yet, a 10th-round stoppage win over Shawn Porter in November.

He’s never competed at 154 pounds, but a fight between Crawford and the winner of Charlo-Castano 2 for the undisputed junior middleweight championship is one of the most intriguing matchups in boxing.

First, Charlo and Castano will determine supremacy at 154 pounds with a May 14 rematch in Los Angeles on Showtime. When they met in July, Castano seemed to score a clear decision win but the bout was ruled a draw.

Charlo, Castano, Spence and Ugas are all aligned with Al Haymon’s PBC, a company that rarely does business with Top Rank. An exception was made for Porter’s challenge of Spence for a welterweight title, but it’s doubtful PBC would give Crawford an opportunity at becoming undisputed champion without signing a multi-fight deal with the company.

A fight with either Charlo or Castano would be a great consolation prize, but Spence-Crawford remains the most tantalizing matchup in boxing that continues to elude fans.

“I give Spence a little edge but that’s not taking any credit away from Ugas, I think he’s a tremendous talent, I think he got what it takes to derail Spence,” Crawford said. “But who knows how that fight’s gonna go. … it’s going to be a great fight. Hopefully I can get the winner.”