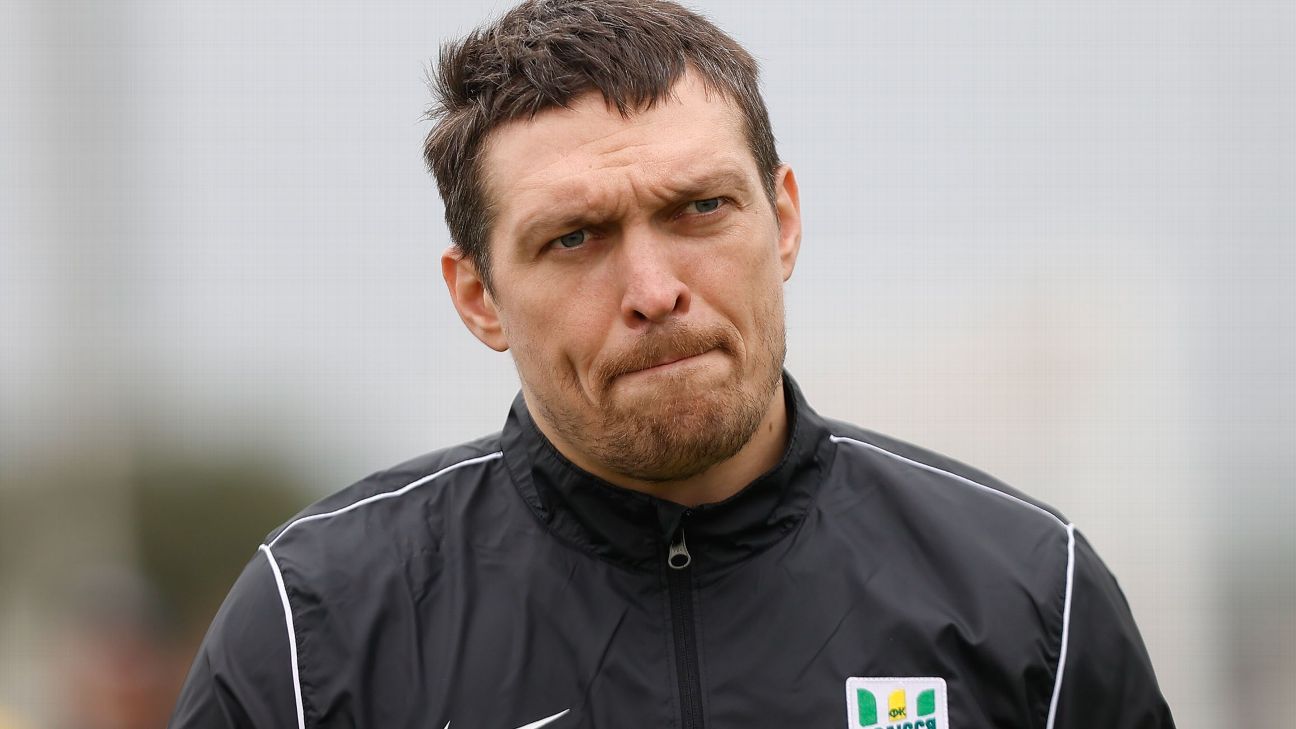 Oleksandr Usyk and Anthony Joshua are going to run it back this summer.

Usyk will cross the border from Ukraine to Poland and begin training camp for the heavyweight title rematch this summer, sources told ESPN.

During the war, Ukraine instituted martial law and banned men fit to serve aged 18 to 60 from leaving the country. Efforts were made with the Ukrainian government to allow Usyk’s longtime friend, Vasiliy Lomachenko, to depart the nation to pursue a fight with George Kambosos for the undisputed lightweight championship on June 5 in Australia.

Lomachenko ultimately decided to remain in Ukraine and forgo the fight. Usyk, however, does not need permission to leave Ukraine because of an exception in the law for parents of three children or more under the age of 18. Usyk has three children; Lomachenko has two.

Promoter Eddie Hearn of Matchroom Boxing told ESPN earlier this month he planned to wait as long as Usyk needed and would consider an interim fight for Joshua (24-2, 22 KOs) in the meantime. Now, plans are underway to secure a date and location for the rematch with Usyk.

Usyk (19-0, 13 KOs) soundly defeated Joshua via unanimous decision in September to capture the unified heavyweight championship. Joshua, who entered the ring the favorite, exercised his contractual right to a rematch with financial terms already agreed upon.

The timing of the encore encounter was in doubt after Usyk, 35, told CNN earlier this month, “I really don’t know when I’m going to be stepping back in the ring.”

“My country and my honor are more important to me than a championship belt,” Usyk added.

Usyk is ESPN’s No. 2 heavyweight and No. 4 pound-for-pound boxer. The Olympic gold medalist won three heavyweight belts in just his third fight in the division following a dominant run at cruiserweight.

After the lopsided nature of the first meeting with Joshua, Usyk will be installed as a heavy favorite to retain his belts and possibly meet the winner of the April 23 fight between Tyson Fury and Dillian Whyte later this year.

But Joshua, 32, is no stranger to exacting revenge. He was upset by Andy Ruiz Jr. via seventh-round TKO in June 2019 but won his titles back with a decision victory in the rematch six months later.