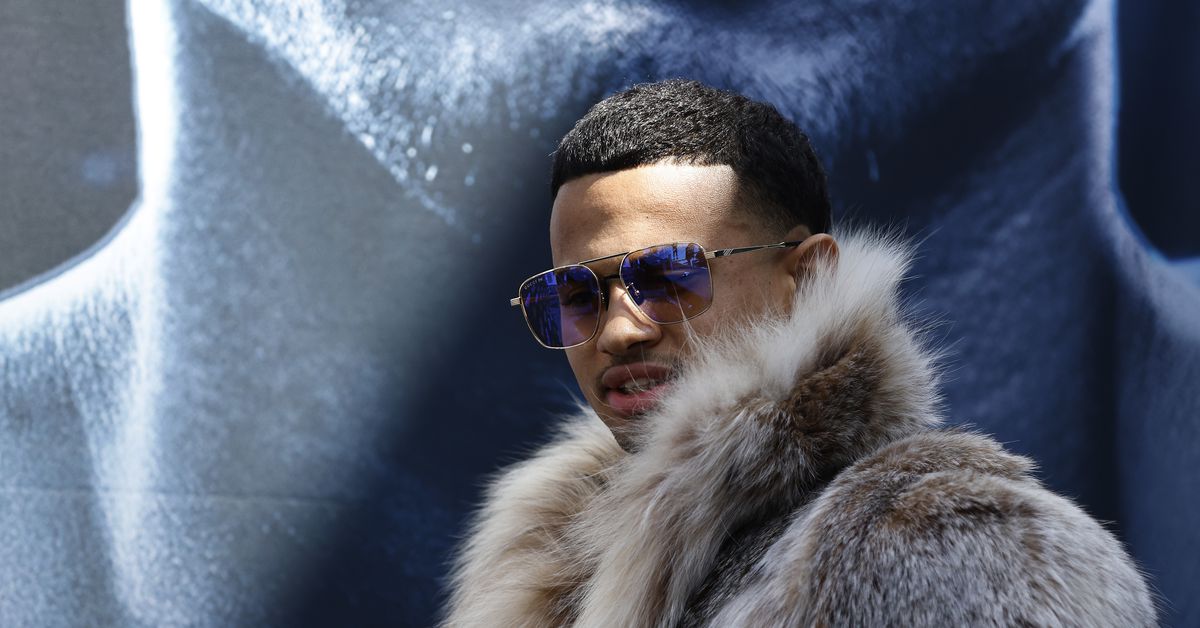 With Rolando Romero rescheduled to take on Gervonta ‘Tank’ Davis in a May 28 Showtime PPV, Romero makes an appearance on Brian Custer’s Last Stand Podcast to discuss the fight and all the controversy he went through which forced him out of his previously scheduled fight with Davis. Check out some excerpts of what Romero had to say below.

On referring to himself as “The Boxer Formerly Known as Rolly”

“They have tainted my name, my image, so I have to re-brand myself now, you know. So now you have to say the whole damn thing, you can’t just say ‘Rolly.’ You have to say ‘The Boxer Formerly Known as Rolly,’ or ‘The Boxer’ for short.”

On what the fight against Davis means to him

“Well it’s a legacy fight, as simple as that. It’s legacy fight, it’s just to really cement myself into the history of boxing, become a mega-star. I’m already a star, I wouldn’t be on this platform if I wasn’t a star. But now it’s to become a next-level star.”

On whether he thinks Mayweather has pushed Davis more than him

“No. To really put it, he like signed when he was like 13, 14 fights. I have 14 fights right now. He has twice as many fights as me, it’s only logical he’s be more popular than me. (The beef) has nothing to do with any of that stuff. It’s just I want to be on the fast track and I put myself on the fast track, simple as that.”

On why he’s so confident he can stop Davis

“I just know, I see things. I see things other people don’t see. I go into things without any bit of doubt in my mind. It’s just for sure for me, that’s all it is, for sure. And when I see something that’s for sure I put everything I got into it.”

“I mean Tank looked — he didn’t perform as well that fight but a lot of people say like Isaac Cruz won the fight and all that stuff. I don’t think (Cruz) won the fight. I think Tank won that fight convincingly regardless of his performance. It’s just he had a difficult fight with some dude that he thought he could get out of there and couldn’t get out of there. And Tank, I don’t think he’s as big of a puncher as people think.

“I think he just bullies a bunch of small dudes and weight-drained opponents like Pedraza and Barrios, dudes like Santa Cruz, a torn-achilles Gamboa. So I don’t think he’s that big of a puncher, I just think he’s explosive and gets these people that just stand there in front of him and they’re smaller than him so it’s only obvious he’s gonna knock them out.”

“(Money). Simple as that. Just that. It makes sense for one thing because if it was for something else it would’ve happened sooner, correct? It happened literally during the biggest moment of my entire life, the moment of my life where I’m supposed to not only make an abundance of money but, you know, create a legacy for myself. And I think it’s sad I had to go through that and other celebrities and athletes go through it all the time even though a lot of this stuff — I’m not saying it doesn’t happen, I’m not saying every motherfucker’s a saint — but when it comes to money 99% of the time I think it’s bullshit.”