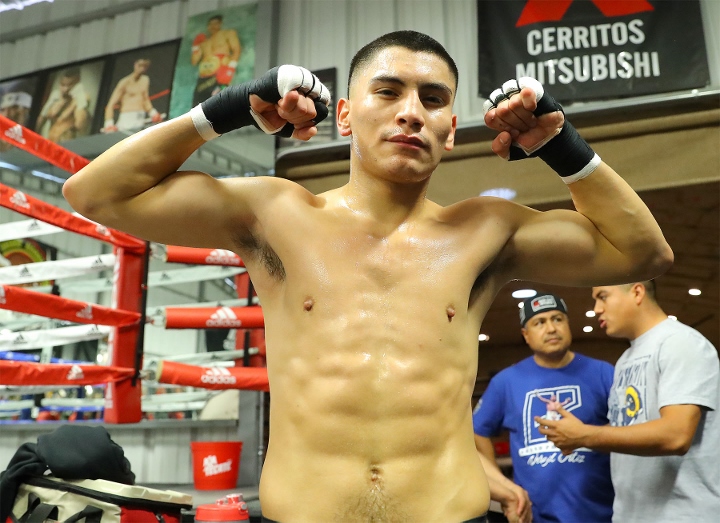 Michael McKinson is not necessarily holding his breath at the prospect of landing another shot at Vergil Ortiz.

The welterweight from Portsmouth, England was supposed to make his American debut last weekend against the hard-hitting Ortiz, but those plans were scuttled after Ortiz fell seriously ill (rhabdomyolysis) a week out from their scheduled fight, a headliner of a Golden Boy Promotions card at USC Galen Center in Los Angeles.

McKinson still ended up fighting, albeit on the undercard, against Chicago’s Alex Martin, who, like McKinson, is a cagey southpaw. Their dreary 10-round bout ended with McKinson winning a unanimous decision. The main event was an entertaining welterweight clash between Alexis Rocha and Blair Cobbs, which Rocha won by ninth-round technical knockout.

After the fight, McKinson did not sound too hopeful about getting the chance to fight Ortiz anytime soon, mainly because it seems, McKinson said, that Ortiz will not be returning to the welterweight ranks.

“I’ve…heard tonight that there’s no way he’s making 147 again,” McKinson told IFL TV. “I do wish him a speedy recovery. I appreciate the opportunity that him and his team Golden Boy gave me.”

Asked how he felt Ortiz might have viewed his performance against Martin, McKinson said it was an irrelevant consideration.

After Saturday’s card, there was some noise about pairing Rocha (19-1, 13 KOs) and McKinson (22-0, 2 KOs) at some point. In any case, McKinson believes the publicity he has garnered over the past week will help him get a significant welterweight fight sooner than later.

Should a fight with Ortiz (18-0, 18 KOs) materialize again, McKinson remains confident he can beat him.

“A lot of people think he would walk through me in six rounds,” McKinson said. “There’s a lot of people tonight who actually approached me and said, ‘Listen we believe before the fight and we believe more so now we believe you’re all wrong for Vergil.”