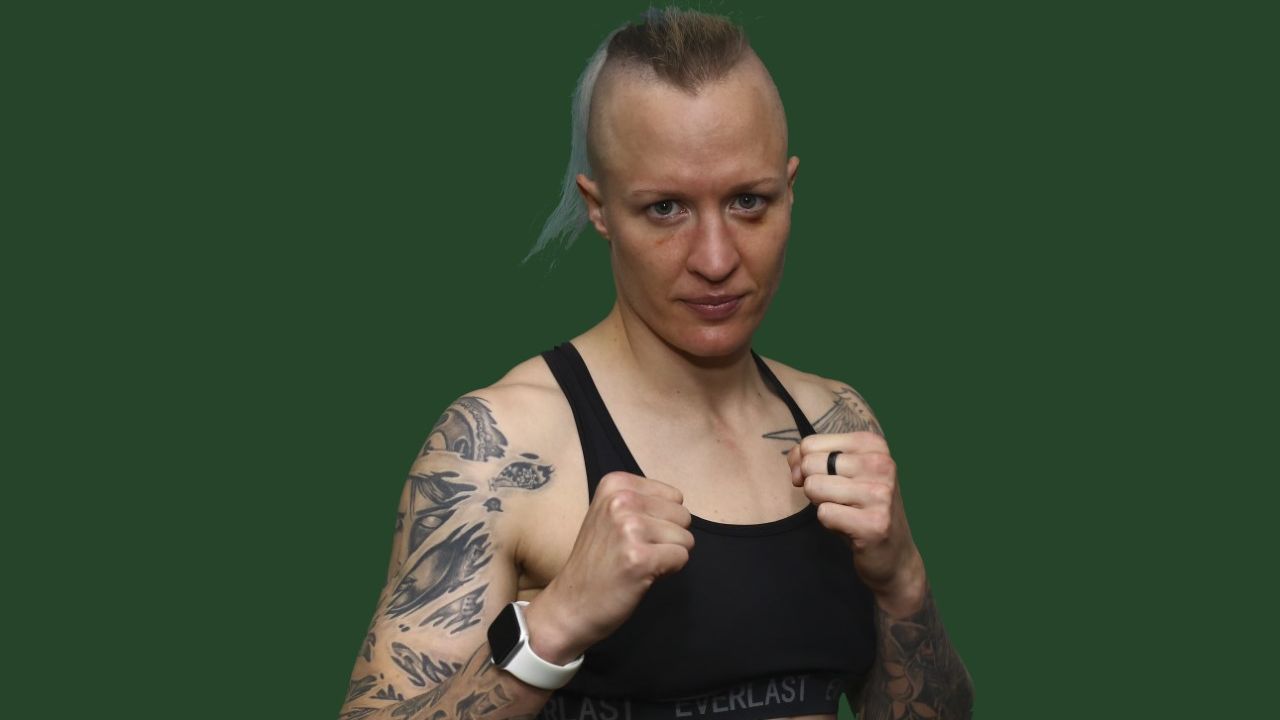 The main event is a bout that sees Chisale, a Malawian soldier given special leave by her commanding officer for the event, looking to put an end to Wolmarans’s undefeated record.

“My boss in the army gave me special permission to come here [to Johannesburg] to fight,” said Chisale (11W-1L-OD).

“He has sent me here because he knows how good I am and that I am going to make it. I am here to represent my country and to win.

“I feel good ahead of the fight. I am ready, I am strong. I am not talking too much before the fight, but you will see how good I am. My opponent must be careful.”

The Malawian’s most recent fight was a unanimous decision win over Tanzanian Grace Mwakamele in December 2021.

She will face a stiff challenge in ‘The Shredder’ Wolmarans, who has won four of her six fights by TKO, and her most recent victory a knockout win over Raider Muleba in May of 2021.

Wolmarans (6W-0L-0D) is very confident ahead of the fight and is aware that her power is her biggest weapon: “I feel lekker [good] and I’m ready to get in there.

“My biggest strength is that I’m pretty strong. I also have a decent amount of skill and I’m quick.”

“But we are not overconfident. We know Ruth is tough, we know she has more experience but that is it. I hope she is ready for me.”

The co-main event is a highly-anticipated bout between Akani ‘Prime’ Phuzi and Lebo Mashitoa over 10 rounds in the cruiserweight division.

Phuzi, who is looking to bounce back from successive losses to Johnny Muller in 2020 and 2021, will make his debut under new trainer Damien Durandt after parting ways with Alan Toweel Jr.

“I won’t lie, it was very tough losing my last two fights,” said Phuzi. “But losing those fights motivates me. It makes me hungry for success.

“I am feeling very positive and confident ahead of the fight. I think Lebo is a good boxer, but just not good enough for cruiserweight. I am going to knock him out.”

Mashitoa, whose trainer Lionel Hunter passed away in 2020, is now under the guidance of Anton Nel. He also suffered defeat in his last trip to the ring, suffering a TKO in round two against Luvuyo Sizani in March 2021, but he is positive he will bounce back.

“I’m feeling good. My biggest strength is my mind,” said Mashitoa before touching on what he thought was Phuzi’s biggest weakness.

“I think Akani’s fitness will let him down. He will gas out in later rounds and that’s when I will get to work.”

Mashitoa and Phuzi will contest the Cruiserweight co-main card on March 24, live on ESPN.

The main card also features an eight-round Junior Middleweight clash between Boyd Allen and Linda Ntshingila, with Allen believing that his fight IQ will see him victorious on the night.

“I find my fight IQ is my biggest strength, along with my ability to read the game a little bit better,” said Allen, who is also an MMA fighter.

“I know nothing about my opponent other than the fact that he is a southpaw. I’m quite excited to test myself and experience a little bit of diversity. I’m there to do a job and I intend to do it to the best of my ability.”

The first two fights on the main card sees Jabulani Makhense take on Phillip Musariri in an eight-round Junior Welterweight battle, and Itumeleng Tsolo up against Deon Mbumbane in a Featherweight bout over six rounds.