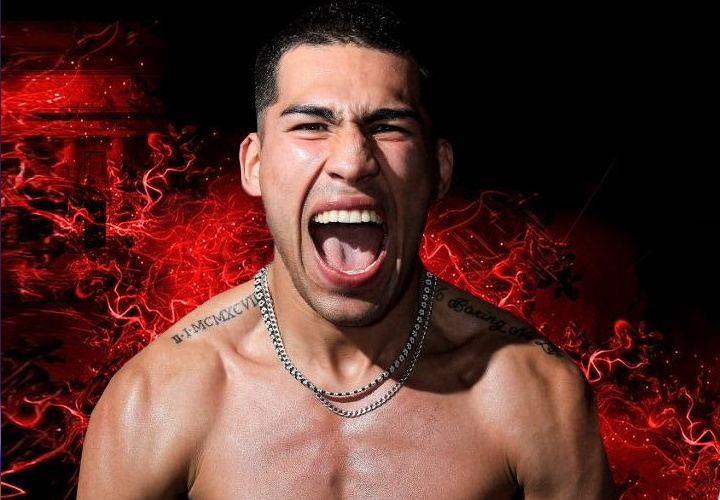 “We’re excited to return to Tijuana for this action-packed event on April 8,” said Jorge Toscano, CEO and Founder of Toscano Boxing Promotions. “Damian Sosa is a powerful super welterweight and a tremendous counterpuncher, but he’ll have a very tough test against Jesus Vega. We’ll also have undefeated prospect Manuel Jaimes making his return in the co-main event atop of a stacked card of action.”

Sosa is a 25-year-old native of Mexico City, Mexico who made his professional debut in 2016. He fought for most of his career in his native country, before challenging Artem Oganesyan for the WBO Youth Junior Middleweight Championship on enemy territory. Despite losing, Sosa put on a tremendous effort and bounced back with eight victories, the last of which was against “Cassius” Clay Collard. Sosa looks to shake up the division at 154 pounds by scoring a dominant victory in a career-defining fight against Vega.

“I feel very happy and excited because I’ll be fighting in Tijuana,” said Damian Sosa. “It’s been about two years since I’ve fought here, and the last two times were without fans due to the restrictions promoters were implementing because of COVID. So, it’s been a long time since I’ve fought in Tijuana with people here coming to watch me. That’s one of the reasons I’m so motivated and excited. Another reason is that I’ll be defending my title for the first time.”

“I know that my opponent has a lot of experience,” Sosa continued. “He has had two or three more fights than I, and one of them was against Omar Chavez, so he’s definitely a fighter who knows how to fight under pressure. That will make it an interesting fight. He’s going in confident in his ability to defeat me. But I have other plans for him.”

Vega is a 28-year-old native of Sinaloa, Mexico who has participated in 25 bouts since making is pro debut in 2015. Vega possess more experience than Sosa, having fought the likes of Alessandro Riguccini and Omar Chavez, and he’ll look to derail Sosa’s plans at becoming a top contender on April 8.

“I want to thank Toscano Boxing giving me this great opportunity to fight for the WBO Latino title,” said Jesus Vega. “This fight will be against a great prospect in Damian Sosa. I’m very grateful and happy to be in Tijuana, Baja California to deliver a great fight and a great boxing event. May the best man win.”

In the FITE.TV Pay-Per-View opener, Gabriel “Maestrito” Muratalla (6-0, 3 KOs) of Fontana, California will put his undefeated record on the line against Jose Giovanny Pineda (4-3, 1 KO) of Ensenada, Baja California, Mexico in a six-round bantamweight battle.

The rest of the card will stream live on the Toscano Boxing Promotions official YouTube Channel as well as on TV Boxeo beginning at 4:00 p.m. PT/7:00 p.m. ET.