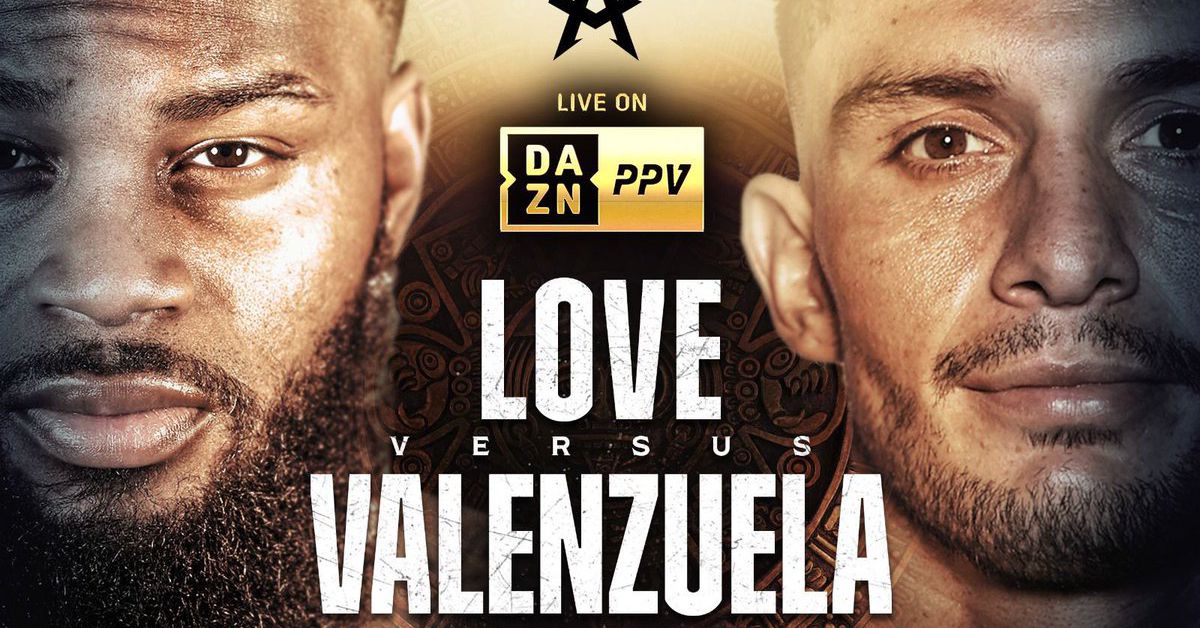 Cleveland’s Love (17-0-1, 9 KO) had a breakout 2021 that saw him crush Ivan Baranchyk and Carlos Diaz during a four-fight campaign that saw him extend his knockout streak to a career-long three. Valenzuela (25-2-1, 15 KO) has a fair bit of momentum himself, as he upset Robbie Davies Jr. in February of last year before returning to Mexico to smash a pair of overmatched journeymen.

“Nothing changes on May 7,” said Love. “He’s just another body in the way.”

“I’m so proud to be sharing a spot on the card with such a great Champion, Canelo Alvarez,” said Valenzuela. “We’re prepared for this and training very hard for this fight against Montana Love. He’s a tough opponent but we’re going to come very hard to get the victory. That night Mexico is coming with everything we have.”

We’ve been over Hrgovic (11-0, 9 KO) vs. Zhang (23-0-1, 18 KO), which Matchroom and Wasserman won the rights to stage in last month’s purse bid. It’s Hrgovic’s long-promised opportunity to claim a title shot and Zhang’s last chance to land himself in contention at the tail end of his fighting years.

“I’ve been waiting for this opportunity for more than a year,” said Hrgović. “Finally, I have an opponent willing to face me for the chance to fight for the IBF World Title. So many fighters turned down this challenge, so credit to Zhang for being brave enough to accept.

“I know he’s a good opponent. He won silver at the Olympics, which means he’s a good boxer, but he is too slow on his feet, and I believe I have better qualities. My speed, stamina, and footwork will be too much for him. I will break him down, and I will beat him.

“I’m now only one fight away from my dream of boxing for a World Title, and nothing will stop me. Canelo is the face of boxing, and I’m excited to get this opportunity on such a big show. I’m ready to show the whole world that ‘El Animal’ is coming!”

“I am thrilled that this fight will happen,” said Zhang. “I’ve been waiting on an opportunity – now it’s here, and I’m not letting it pass.

“When no one else from the top 15 wanted to face Hrgovic, I told myself that I had to do it for me and the sport of boxing. This is the most important fight of my whole career. I’m all in. Don’t miss it!”