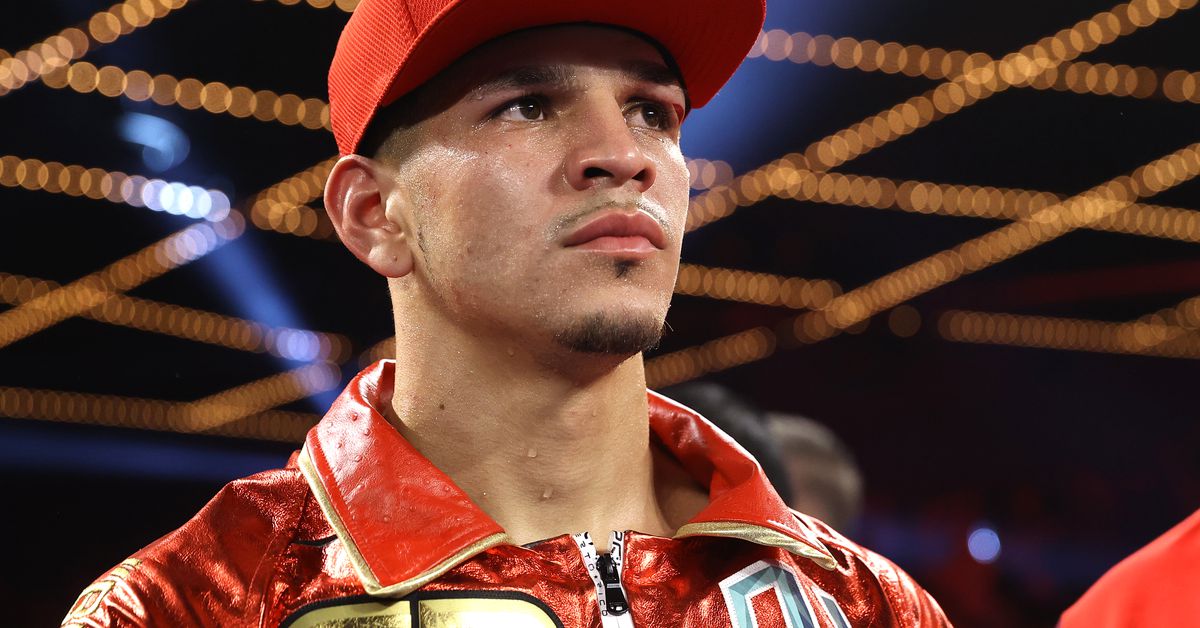 Timothy Bradley takes a moment to catch up with media members to assess Edgar Berlanga’s performance in a win over Steve Rolls, and despite earning the victory, Bradley roundly criticizes Berlanga’s performance. Check out some of what he had to say and why he thinks Berlanga hasn’t really developed the way he should’ve by this point in his career. So when Bradley was asked whether or not Berlanga is “the goods”, he broke it down.

“No. I’m just being honest,” Bradley said. “No. But I want to give you some context behind that. The biggest problem that happened with Berlanga, look, he’s still young — all right — so should I write him off? No. But from what I see and from my experience I’m gonna tell you this, he went on a tear 16-0 — that was the worst thing that could happen for his career. The worst thing that can happen. The reason why is because he didn’t get a chance to grow and develop. And maybe I should give him time to grow and develop but he’s been a six-year pro! Understand that, a six-year pro.

“And how much longer is it gonna take for him to get to that top level — I think he’s number six or something like that in the WBO ratings — to be ready for one of them top dogs at a championship level. He’s getting close to 20-something fights. And it’s not about the knockouts, I can’t care less about that, okay, but it’s about how he operates inside that ring. It’s about tactically how he operates.

“For instance, the jab, throw the jab at the same pace, the same speed. Don’t give different looks, don’t even change levels with the jab occasionally. There’s little, small things that you can do that he’s supposed to know already that he doesn’t know, you understand that. And that could be because he knocked out everybody, now he’s enamored with his punching power, he’s marching forward, he’s slow-footed. The first thing I would’ve done is ‘Aye, we need your feet right! We gotta get your feet right’ because your foundation is the most important thing inside that ring besides your technique. Your foundation, your legs, they gotta be quick. We ain’t gonna be this guy where we’re marching around, having to change locations — no, I’m gonna train you like you have no punching power. I’m gonna get you up on your toes and moving and changing things up — that’s what I’m gonna give you. Because that’s what he needs, he needs to find ways to disguise his power.

“Guys that they put in front of him that’s never been stopped — there’s like a handful of guys that never been stopped before, maybe about three guys I believe, I believe this wasn’t one of them — and he found a way to get rid of them. He got rid of ‘em, bodied ‘em up. But this time around he fought against a mover. You know you’re fighting against a mover, he was following him around the ring — come on, man. You learn to cut off the ring at the beginning of your freakin’ childhood when you were an amateur, learn how to cut off the ring, stepping in front of the guy — you learn that at a young age. And he was following thiamin around the ring, never cornering him, never getting him trapped in that corner or get him against the ropes like he should have.

“See, so I don’t say this to be disrespectful, I got nothing but love for Edgar, but if he wants to be that star that he says he wants to be, and be the Puerto Rican guy, he’s gonna have to make a lot of changes. And it’s all gonna boil down to him because it seems like he has a good team around him, he has a great team around him that care about him, and they have the young fighters around him that’s helping him and trying to groom him to enhance his skills — like Jared Anderson showed up here tonight. Jared Anderson, he put his hands up like like ‘What is going on? Who is this guy? I don’t know who that guy is.’”