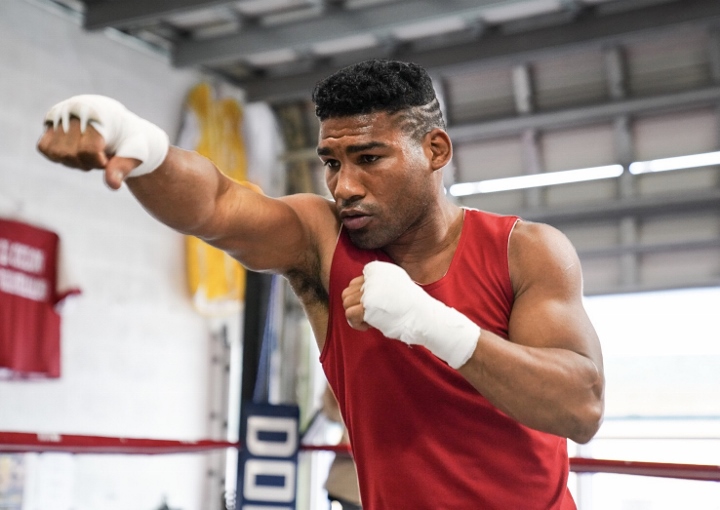 Veteran former world champion Yuriorkis Gamboa is hoping to give his career a big boost by toppling Mexican slugger Isaac Cruz in a lightweight showdown.

Their fight will be part of the Showtime PPV undercard that supports the welterweight unification between Errol “The Truth” Spence Jr. and Yordenis Ugas.

The 23-year-old Cruz (22-2-1, 15 KOs) will attempt to bounce back after suffering a twelve round decision loss to three-division champion Gervonta Davis last December.

Cruz, who is promoted by Manny Pacquiao’s MP Promotions, has been making a name for himself with wins over Diego Magdaleno, previously unbeaten Matías Romero and former champion Francisco Vargas.

“I can’t wait to be back in the ring and to fight at AT&T Stadium,” said Cruz.

“I love the fans in Texas, they always give me tremendous support. My promoter, Manny Pacquiao, has fought at AT&T Stadium before and won both times. I’m excited to follow in his footsteps against a very accomplished former champion in Gamboa. I’m coming to show the fans why I’m one of the best lightweights in the world and to drive Gamboa into retirement on April 16.”

Gamboa (30-4, 18 KOs) is a former unified featherweight champion between 2009 and 2011. The Olympic gold medal winner has a lot more experience, with his losses coming against Terence Crawford, Gervonta Davis and Devin Haney.

“I always come to the ring to display my talents and April 16 will be no different,” said Gamboa. “It’s very motivating to be facing a young, strong opponent like Isaac Cruz. I’m going to test him and see if he can stand up to my power. I’m coming to win and make a big statement that I still have what it takes to become champion again.”