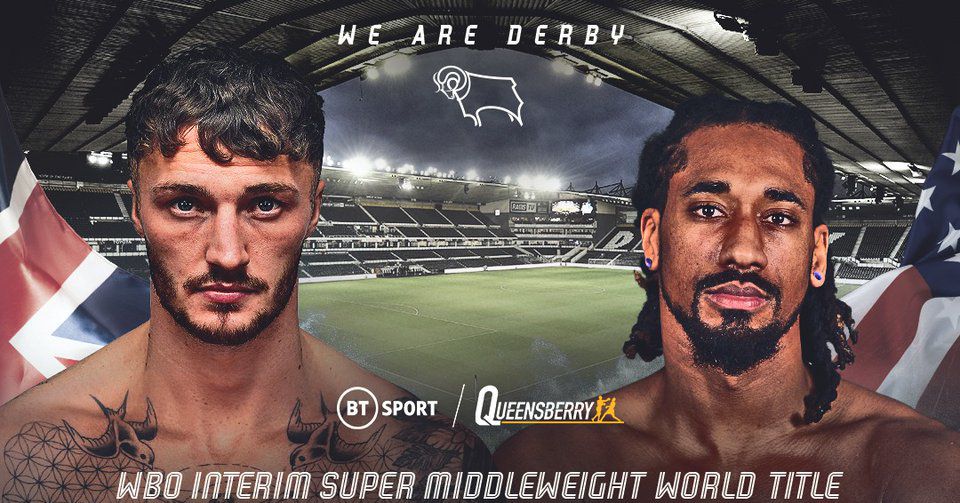 Zach Parker and Demetrius Andrade have the date and venue for their interim WBO super middleweight title bout, as the two will meet on Saturday, May 21, at Pride Park Stadium in Derby, England.

Frank Warren’s Queensberry Promotions won the purse bid for the bout, so it will air on BT Sport in the United Kingdom, and any U.S. broadcast will be announced in time, though there does figure to be one. If nothing else, this probably gets a FITE PPV, which isn’t going to be a big seller, but if you’re someone who wants to see it, it’s an option. It’s also possible ESPN+ could pick this one up, since it is a meaningful fight and not Warren’s average BT mediocrity.

Parker, 27, last fought on Nov. 6, smashing Marcus Morrison inside of four rounds, and has worked his way into a mandatory slot with the WBO. But he hasn’t gotten that order, because Canelo Alvarez is the undisputed champion at 168, and Canelo has a lot more pull than the average titleholder.

Andrade was last out on Nov. 19, laying waste to Jason Quigley in what may wind up a final title defense at 160. He does still hold the WBO middleweight title for the time being.

This fight, like the same day’s David Benavidez vs David Lemieux fight for the WBC interim belt, actually does make sense as an interim title fight, too, as Canelo is going to fight on May 7 at light heavyweight, facing WBA titleholder Dmitry Bivol. And they have a guy who had the top ranking as a contender at 168 and the titleholder at 160, so the matchup isn’t nonsense, either. Listen, we bash the bodies plenty, and they all deserve it all the time, but these decisions actually are rooted in logic and reason, so it’s worth noting.