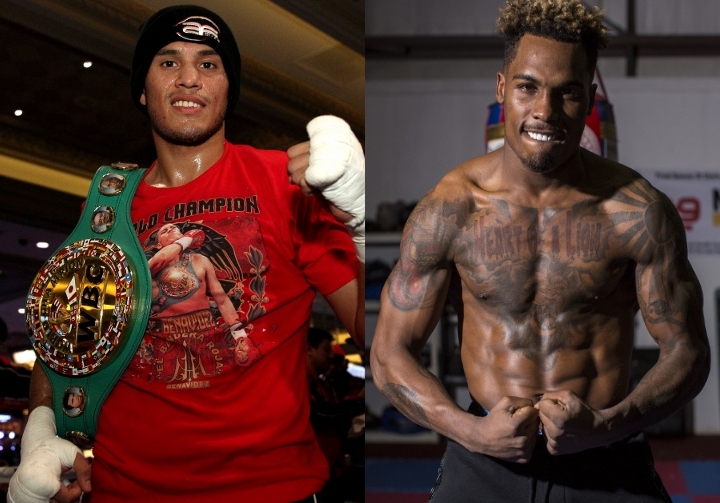 As long as Canelo Alvarez is still fighting, Jermall Charlo apparently has no intention of getting involved in a match-up that could potentially jeopardize his shot at boxing’s cash cow.

The WBC middleweight titlist from Houston did not exactly offer the most encouraging of words regarding an oft-proposed, fan-friendly fight with David Benavidez, the 168-pound contender, in a recent interview with boxing heavyweight icon Mike Tyson and former NBA All-star Paul Pierce on Tyson’ podcast, Hotboxin’ with Mike Tyson. The fighters, both of whom are under the same managerial banner of Premier Boxing Champions, have been linked for some time now, though it does not appear that serious negotiations have ever taken place.

Benavidez, in Charlo’s view, is an example of the calculus that governs most of the decisions made in professional boxing: high-risk/low-reward.

“I’ll fight him for sure,” Charlo said when Tyson mentioned Benavidez.

Charlo then added, “I just think his value is low. He’s not worth as much as fighting someone like Canelo.”

Charlo’s response elicited a loud groan from Tyson, and, one imagines, from legions of fight fans.

To be sure, Charlo was tantalizingly close to landing a shot at Alvarez this spring when PBC’s Al Haymon offered the Mexican superstar a lucrative offer to face Charlo on Showtime. The offer was part of a larger two-fight deal that would have required Alvarez to also face Benavidez in the fall. Reports suggested the total package was in excess of $100 million.

In the end, Alvarez decided to accept Eddie Hearn’s rival offer to face Dmitry Bivol on May 7 and, in the event that he wins, Gennadiy Golovkin in a trilogy fight in September. Charlo, however, still seems confident he can land a fight with Alvarez.

“I’d rather get one of the best in the world right now that got a belt,” Charlo said.

Tyson, understandably, was a bit impatient with Charlo’s sensible, if tepid, rationale and implored the Texan to take charge and start calling out fighters such as Benavidez. Charlo responded by saying that the boxing business was not what it used to be.

“We’re just waiting,” Charlo said. “It’s not like it was when you was coming up in boxing. I gotta go through managers…boxing’s different now.”

Tyson then told Charlo should go down the list and fight the next best fighter, which in Tyson’s view is Benavidez, whom Tyson calls “the Mexican Monster.”

“He ain’t no Mexican monster,” Charlo retorted. “We box. We ain’t scared of nobody.”

Tyson responded, “You should be fighting him right now, the best, in your prime. You should be calling him out.”

“I think that, too, but I need him to prove it,” Tyson said. “That the world needs him to prove it before he goes to the wheelchair of something, man. C’mon, we gotta start fighting.”

Both Charlo and Benavidez have upcoming fights in their hometowns. The 31-year-old Charlo (32-0, 22 KOs) is scheduled to defend his middleweight title against Maciej Sulecki (30-2, 11 KOs) June 18 in Houston. The 25-year-old Benavidez (25-0, 22 KOs) is set to take on David Lemieux in a 12-round super middleweight contest on May 21 at Gila River Arena in Glendale, Arizona.