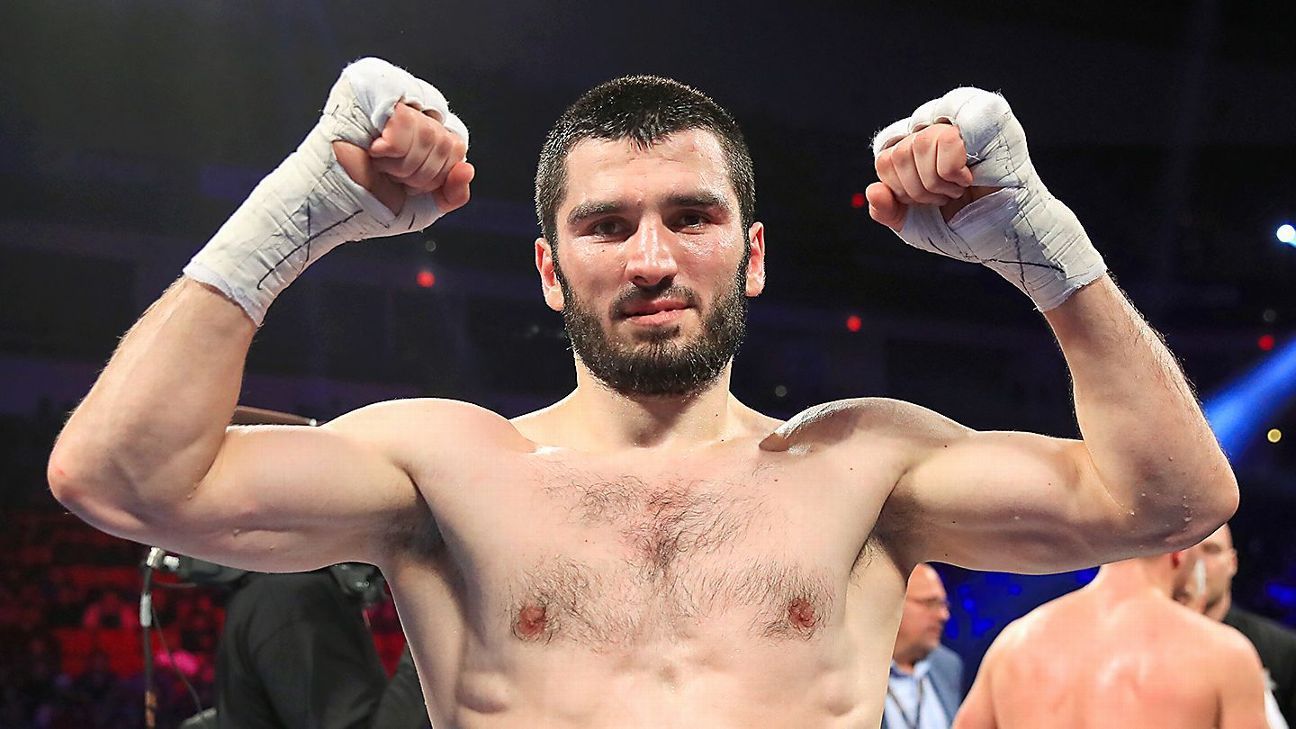 Artur Beterbiev and Joe Smith Jr. have agreed to a deal for a light heavyweight title unification on June 18 in New York, sources told ESPN. The Top Rank Boxing on ESPN main event could take place at the Hulu Theater at Madison Square Garden, but a site has not been finalized.

The winner of Alvarez-Bivol paired against the victor of Beterbiev-Smith would crown an undisputed light heavyweight champion; it’s a goal Alvarez has already set for 2023.

But first, Beterbiev and Smith will meet in a high-stakes fight that promises to feature plenty of action between two of the sport’s most dangerous punchers.

Beterbiev (17-0, 17 KOs) is boxing’s only active champion with a 100% KO ratio. The 37-year-old scored a ninth-round KO of Marcus Browne in December, his fifth title defense. He didn’t emerge unscathed though. A clash of heads left Beterbiev with a brutal gash on his forehead that bled profusely.

The Russian, who has long resided in Montreal, is a devout Muslim. Beterbiev will observe Ramadan from April 2 to May 2, which means he won’t be able to drink liquids or eat during daylight hours for part of training camp.

Beterbiev’s career-best victory came in October 2019, a 10th-round stoppage of Oleksandr Gvozdyk to pick up a second title. However, Beterbiev has competed just twice since.

Smith (28-3, 22 KOs) has fought four times during that span and is perhaps the sport’s most improved fighter. A construction worker from Long Island, New York, Smith was a long-odds underdog when he scored a first-round TKO of Andrzej Fonfara in 2016 and again when he knocked Hall of Famer Bernard Hopkins out of the ring later that year.

Smith dropped decisions to Bivol and Sullivan Barrera afterward and suffered a broken jaw, but rebounded with victories over Jesse Hart, Eleider Alvarez and Maxim Vlasov. The Alvarez victory in particular displayed Smith’s refined skills, as the 32-year-old boxed more rather than brawled and took control with his jab.

The April decision win over Vlasov made Smith a champion at long last, and after he was hospitalized with COVID-19, Smith defended the title with a ninth-round KO of late-replacement Steve Geffrard in January.

Against Beterbiev, Smith will return to his familiar underdog role in one of the most anticipated fights of the summer.