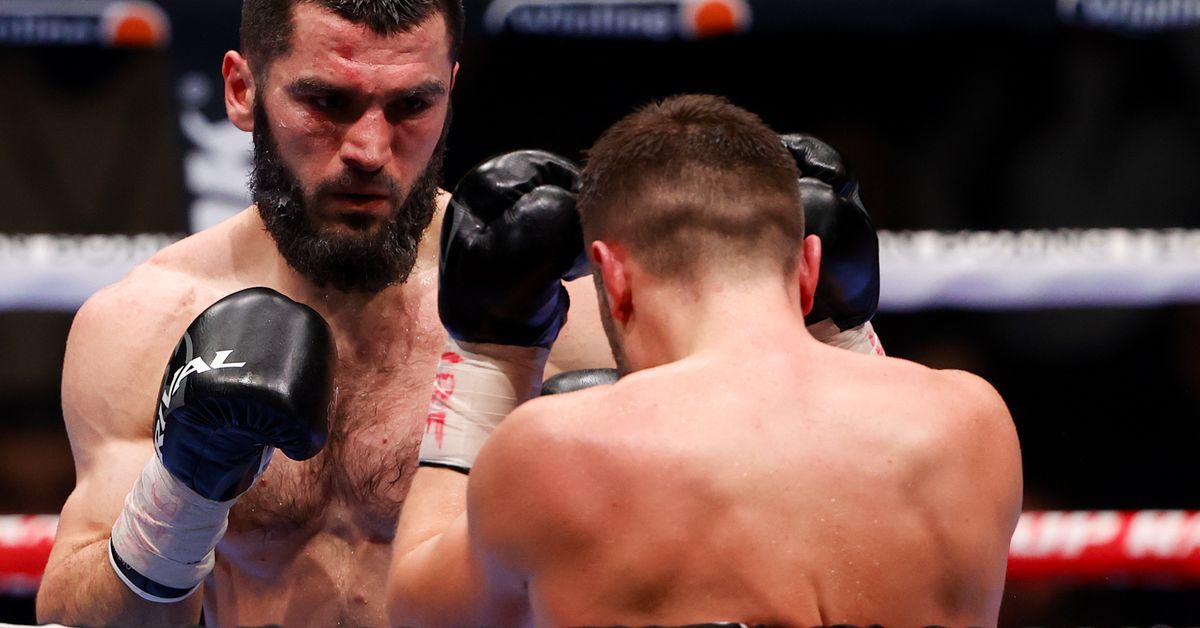 The long overdue light heavyweight unification between Artur Beterbiev and Joe Smith Jr. might finally be on the horizon, as Mike Coppinger reports that the pair have agreed to meet on June 18th. Though the location “has not been finalized,” Top Rank intends to stage it at Madison Square Garden’s Hulu Theater.

This is a fight that absolutely should have happened last year after Smith (28-3, 22 KO) claimed the vacant WBO title with a highly debatable decision over Maxim Vlasov. Smith instead targeted a two-fight deal that would see him face mandatory challenger Umar Salamov before a big-money clash with fellow New Yorker Daniel Jacobs. Neither fight ended up happening; Smith caught COVID, then Salamov ran into visa issues, then new opponent Callum Johnson caught COVID, so Smith ended up smashing the overmatched Steve Geffrard.

Beterbiev (17-0, 17 KO), meanwhile, stayed busy with a beatdown of Marcus Browne last December. As Coppinger notes, the June date means he’ll be training through Ramadan, meaning no food or water between sunrise and sunset. It’s an incredible feat.