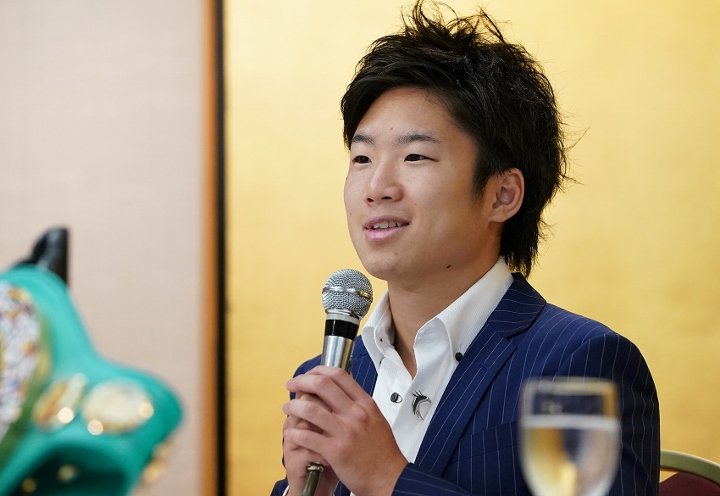 It won’t be on US television this week.

It doesn’t make it less than what it is.

There’s every reason to think the rematch on Saturday between WBC light flyweight titlist Masamichi Yabuki (13-3, 12 KO) and former titlist Kenshiro Teraji (18-1, 10 KO) might be the best fight in the world this week. How can we know that?

The first fight was one of the best fights of 2021. It was also one of the biggest upsets. Teraji was regarded by followers of the lower weight classes as arguably the best Jr. flyweight in the world going into the fight.

Teraji had reigned since a 2017 decision over Ganigan Lopez. He had made eight title defenses with impressive stoppages of Lopez in a rematch and Milan Melindo. Yabuki was supposed to be something to do until something better came along.

Instead, Teraji found himself behind early and trying to find a way to save his crown. As described in the aftermath by BoxingScene’s Jake Donovan, that’s when matters picked up:

Teraji trailed on all three scorecards after eight rounds, while facing a different kind of adversity as a massive cut opened over his right eye. It only fueled the unbeaten champion to intensify his attack, while fatigue appeared to set in for Yabuki who was now fighting through two badly bruised eyes.

What threatened to serve as a tide-turning moment instead revealed the will of a determined challenger. Teraji had knockout on his mind, of the belief that Yabuki was running on fumes as he sought to close the show.

Yabuki had one more rally left in him, coming at the perfect time. Teraji once again found himself at the end of Yabuki’s long jab and right hand, badly rocked late in round ten and pinned against the ropes. Yabuki continued to let his hands ago until referee Yuji Fukuchi was left with no choice but to halt the contest.

That’s a lot of drama for one night. This weekend we will find out if they can deliver again. There’s reason to be optimistic lightning can strike twice in Kyoto.

Teraji is now 30. Yabuki is 29. Both of these men are still in their prime with different motivations.

Teraji is trying to get back what he lost and in his case that could be more than a title. Fighters returning from a loss, particularly by stoppage, entering an immediate rematch will always be one of boxing’s most enticing mysteries heading into the ring.

A few years ago, Sergey Kovalev came back from a devastating knockout loss to Eleider Alvarez to win a decision in their rematch with one of his best performances. Anthony Joshua, employing an intelligent and safe strategy, took some bulk off and was able to come back and defeat Andy Ruiz after a shocking stoppage loss as well.

Everyone can’t do that. The ghosts of a stoppage loss can carry from one fight to the next. More often, it feels like the reasons a fighter won a first encounter grow in a rematch. Roman Gonzalez has rebounded in a big way since consecutive losses to Srisaket Sor Rungvisai. The rematch with Sor Rungvisai though displayed why Gonzalez had problems the first time. Gonzalez lost a debatable decision the first time. He didn’t make it out of the fourth in the rematch.

For Yabuki, it’s essentially playing with house money. He wasn’t supposed to win the first time and no one will be stunned if Teraji regroups this time. For Yabuki, this is a chance to show that he’s the player few saw coming and should have. Since a split decision loss to Daniel Matellon, a very good fighter in his own right, Yabuki has won six in a row. Five of those are by knockout.

Yabuki knows he can stop Teraji. Teraji might think he can find a way to win but the evidence of lived experience favors the reigning titlist.

That’s more than enough for a hell of a fight.

Showtime’s new schedule has four main events that really jump off the page as must-see fights: Jermell Charlo-Brain Castano II, Stephen Fulton-Daniel Roman, Sebastian Fundora-Erickson Lubin, and Errol Spence-Yordenis Ugas. Only one is headed to pay-per-view so that’s a win for fans. Mark Magsayo-Rey Vargas could be very interesting as well…What is the plan for Jaime Munguia? If he’s not fighting Jermall Charlo, and he’s not fighting any eliminators for belts at middleweight, there must be a hell of a master plan we’re all missing…Sunny Edwards-Muhammad Waseem might not provide the action Yabuki-Teraji II could this weekend, but it’s a solid fight. This has been a good winter for the lighter weight classes…Will Vergil Ortiz realistically be a welterweight by the time he’s ready for a title shot?