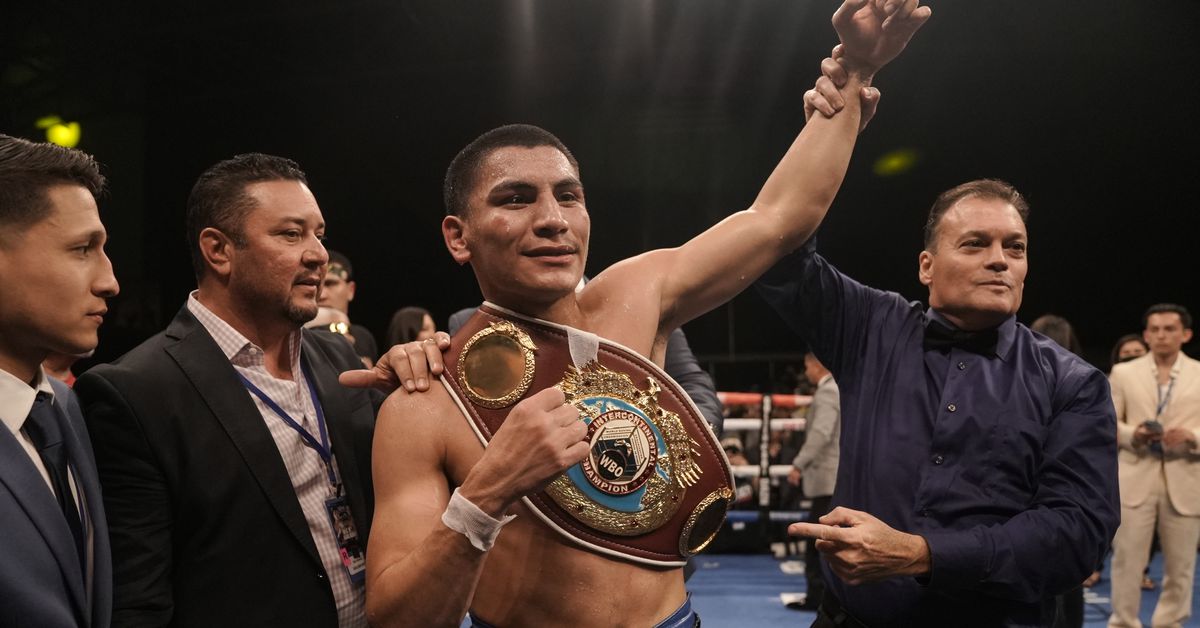 And there goes this weekend’s biggest fight. Multiple sources report that Vergil Ortiz Jr. has withdrawn from Saturday’s DAZN main event against Michael McKinson after falling “ill,” though Dan Rafael cites weight issues as the cause.

The card itself is now in limbo; Golden Boy is pursuing a replacement opponent for McKinson (21-0, 12 KO), who’s already made the trip from the UK, and Mike Coppinger claims the co-feature between Alexis Rocha and Blair Cobbs could become the new main event.

They could also hypothetically have Rocha or Cobbs step in, seeing as they’re also fighting at 147, but that’s up to Golden Boy and co.

Both Ortiz (18-0, 18 KO) and McKinson were slated to make their first appearances of 2022, and while it was never formally declared a WBO final eliminator for a crack at Terence Crawford, they’re the highest-ranked available contenders. It also figured to be an interesting clash of styles between a ferocious boxer-puncher and a tricky southpaw whose abysmal knockout percentage belies a recent trend of knockdowns. We’ll keep you appraised as the situation develops.