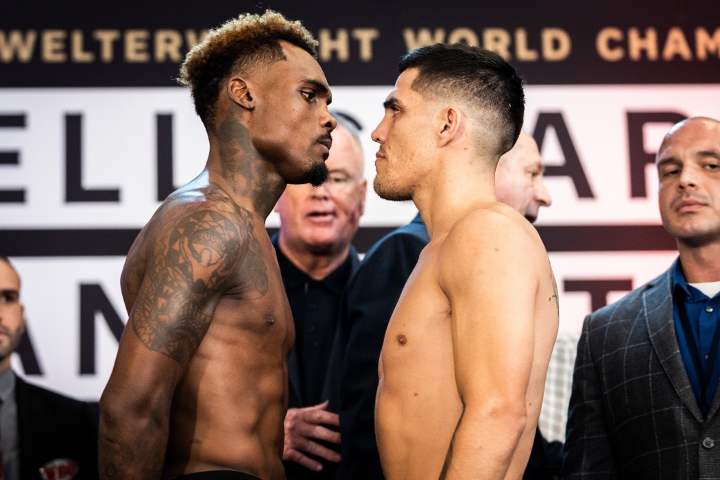 The undisputed junior middleweight championship rematch between Jermell Charlo and Brian Castano making its way back to the Showtime schedule was a priority for several reasons.

Included on that list: presenting a centerpiece attraction to the network’s subscribers without having to go the pay-per-view route for one of the year’s most anticipated fights.

“We’re thrilled that we were able to keep it on Showtime,” Stephen Espinoza, president of sports and event programming for Showtime Networks Inc. noted during Tuesday’s unveiling of the network’s upcoming boxing schedule. “This will be the biggest non-pay-per-view card of the year. It’s certainly the most meaningful.

“It’s an undisputed fight along with an interesting and meaningful welterweight eliminator as the co-feature. A third fight is going to be added.”

The Charlo-Castano rematch was due to take place March 19 on Showtime, only for Argentina’s Castano (17-0-2, 12KOs) to suffer a slight biceps tear to force a postponement. The undisputed junior middleweight championship will now take place May 14 in Southern California, with Dignity Health Sports Park (Carson, California) as a potential location for Charlo (34-1-1, 18KOs) putting his lineal/WBC/WBA/IBF titles at stake versus Castano’s WBO strap.

The bout—which comes ten months after their disputed split decision draw last July in San Antonio—was one of seven major title fights confirmed for the nine shows announced during Tuesday’s virtual press conference. There were once talks of Premier Boxing Champions (PBC) pushing the rematch to PPV, though Showtime was persistent in keeping the fight on its flagship network.

That didn’t stop all parties involved from applying a PPV feel to the May 14 event.

“This is a good test for Ennis,” noted Espinoza. “People have been saying it looks too easy for Boots. We’ve been stepping up his competition. He’s been meeting the challenge and he has a big challenge in Clayton.”