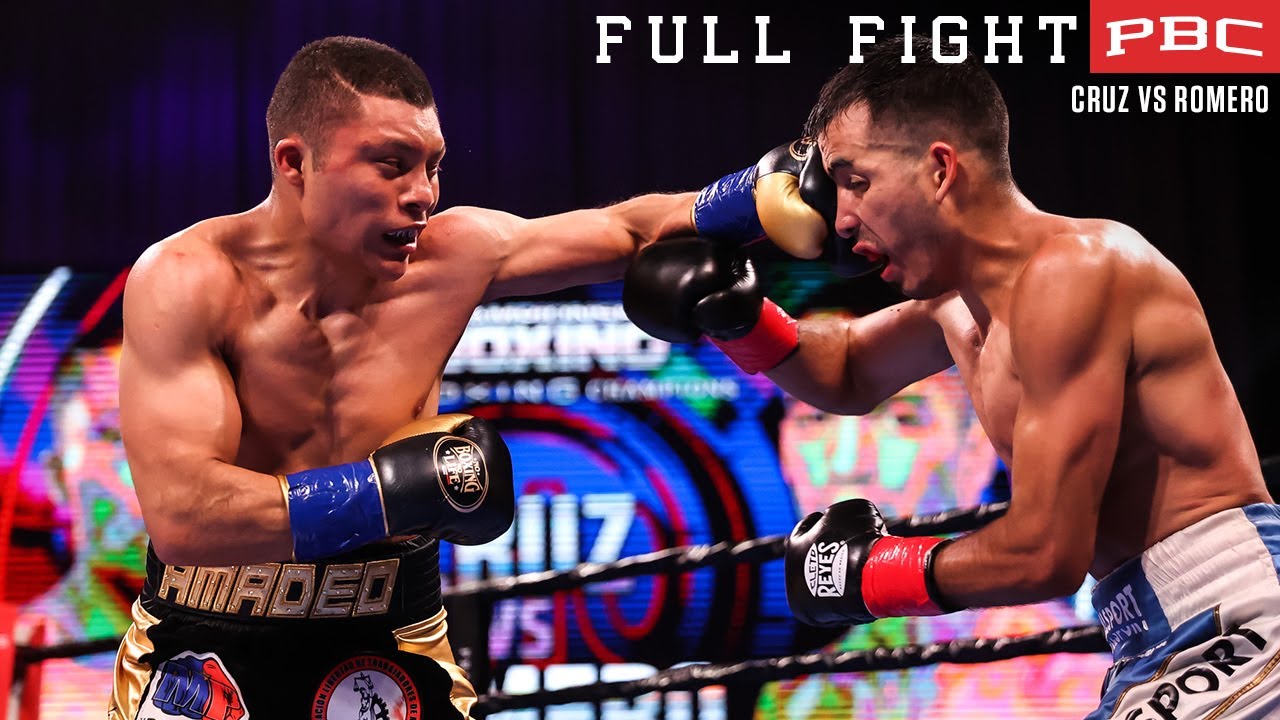 Video
Share on Facebook
Share on Twitter
Share on Pinterest
Share on LinkedIn
Isaac Cruz (21-1-1, 15 KOs) of Mexico City earned a unanimous decision victory over Argentina’s Matias Romero (24-1, 8 KOs) in a 12-round WBA Lightweight Title Eliminator. It marked the first time that the 22-year-old Cruz went 12 rounds in his professional career. The judges’ scorecards read 114-113, 115-112 and 118-109. SHOWTIME’s unofficial scorer Steve Farhood scored the fight 115-112, giving rounds 10 through 12 to the rising star.

“I’m not happy about the style of the fight but I am satisfied I took the victory home and we’ve come to the No. 1 spot in the WBA,” said Cruz. “I didn’t know what was going to happen [as far as the judges]. We forced the fight at all times and it would have been very impossible for the judges to do something to me when I was the one pushing the fight.”

Throughout the 36-minute affair, Cruz constantly applied pressure against his opponent which led to Romero, the more seasoned professional, to hold excessively in an attempt to stall the pressure. Despite being warned frequently by referee Harvey Dock, the 24-year-old Romero was never penalized. During the rough-and-tumble contest, however, Cruz was docked a point in the sixth round for a low blow.

“He was a fighter who didn’t want to exchange punches,” Cruz added, in reference to the persistent clinching. “I was very fed up with the clinches—there was never a warning toward him. I did my best out there. Not the best way I wanted to do it but thank God we won the fight and we’re taking the victory home.”

Romero presented an effective jab throughout the fight, landing 89 of 282, but it was Cruz’s power punching that ultimately earned him the victory. Cruz, who is now the No. 1 contender for a world title shot at 135 pounds, landed 145 of 459 power punches, including 91 body shots.

“Obviously I’m not happy with the decision,” stated Romero following his first professional loss. “I thought maybe it was a draw. Overall I’m happy with my performance. He’s supposed to the be the ‘Pit Bull’ and I went the distance. You have to take the opportunities when they are presented and I wish I would have had more time to get ready for this fight.”