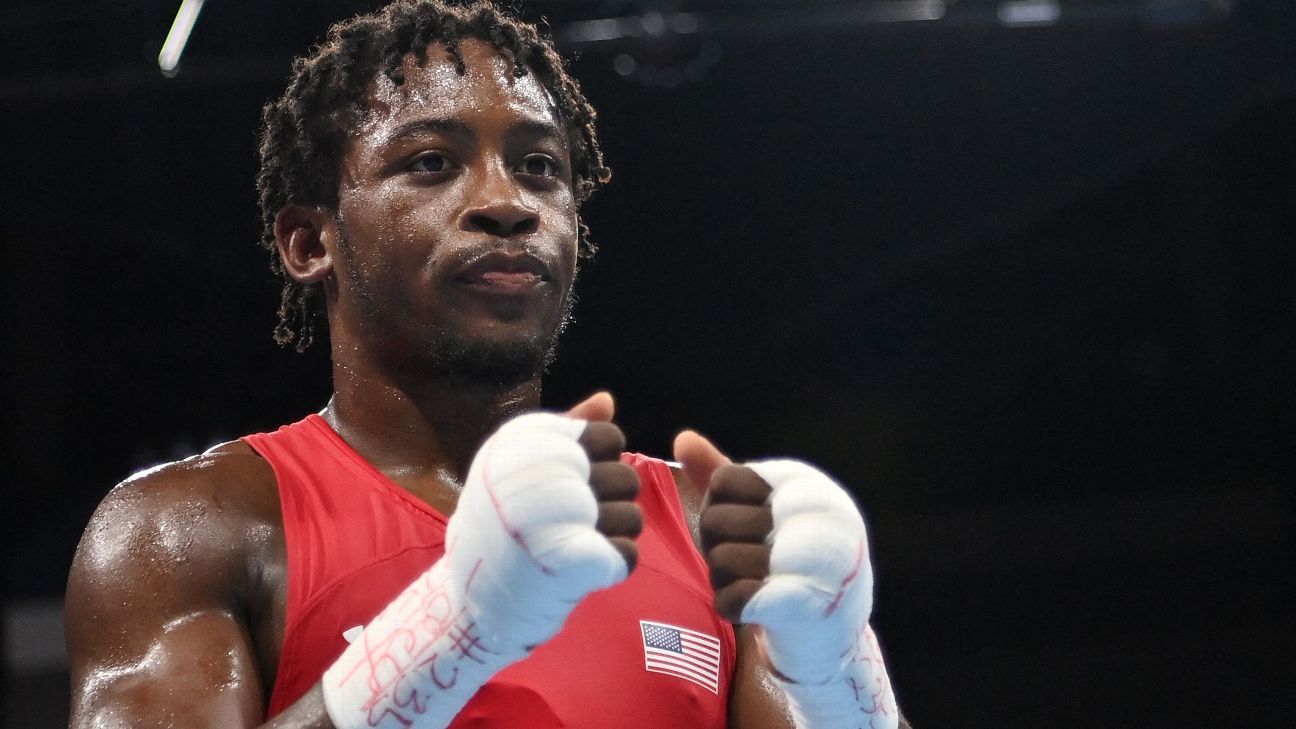 Recent U.S. Olympian Keyshawn Davis has a new date for his next fight.

The junior welterweight will face Esteban Sanchez on April 30 in Las Vegas, a source familiar with the bout told ESPN. It will be on the undercard of the Shakur Stevenson-Oscar Valdez junior lightweight title unification at the MGM Grand Garden Arena in Las Vegas.

Davis (4-0, 3 KOs) was initially scheduled to face Sanchez this weekend on the Top Rank on ESPN card headlined by junior middleweight prospect Edgar Berlanga. However, Davis was scratched from the event with a virus unrelated to COVID-19, Top Rank said.

The Norfolk, Virginia, native was one of the country’s most decorated amateurs before he made his pro debut in February 2021. Davis won USA Boxing National Championships in his weight class in 2017 and 2018 before winning a spot on the Olympics team in the 2019 trials.