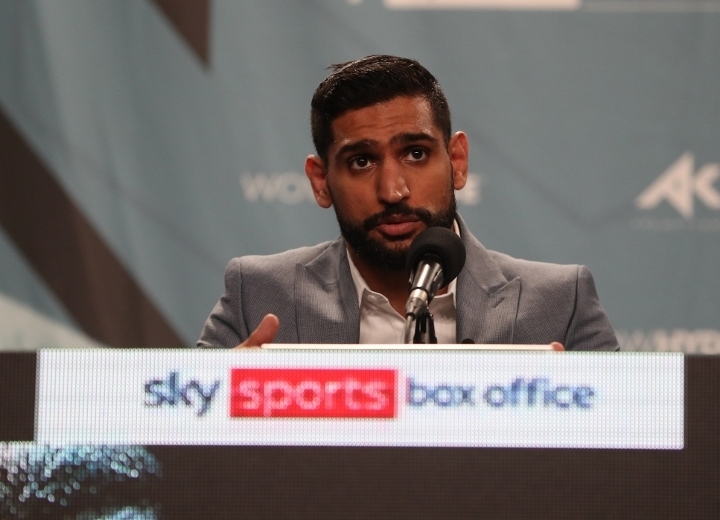 Amir Khan appears to have no intention of calling it a career, according to his promoter Ben Shalom.

Khan, the former junior welterweight titlist, seemed to have one foot out of the ring following his sixth-round stoppage loss to long-sworn rival Kell Brook on Feb. 19 at Manchester Arena in Manchester, England. The fight was billed as a coin-flip affair, but Brook had his way from the opening bell. Still, Khan, per the terms of their contract, has the right to call for an immediate rematch, even if the comprehensiveness of his loss may make it a tough sell to the public.

Ben Shalom, the head of Boxxer, which promoted Khan-Brook, said Khan plans to keep fighting, even if the Brook rematch does not necessarily materialize.

“One thing I’ve realized is that he’s not gonna stop fighting, whether I give him the rematch or not,” Shalom told talkSPORT. “That’s up to him, he’s a fighter, he knows what happened in that fight better than any of us.”

Shalom added that Khan thinks his admittedly underwhelming performance against Brook was a result of the training camp he had. Khan linked up with Brian McIntyre ahead of the Brook bout; McIntyre is best known as the head coach for welterweight titlist Terence Crawford, whom Khan fought in 2019, losing by sixth-round stoppage.

“He feels like he got, perhaps, his camp wrong,” Shalom said. “That’s up to him.”

Shalom also clarified that Khan (34-6, 21 KOs) activating his rematch clause was not an automatic guarantee that the fight will happen, citing that all the parties, including Brook (40-3, 28 KOs) and Sky, the UK broadcaster, would need to be in agreement with the financial “split.”