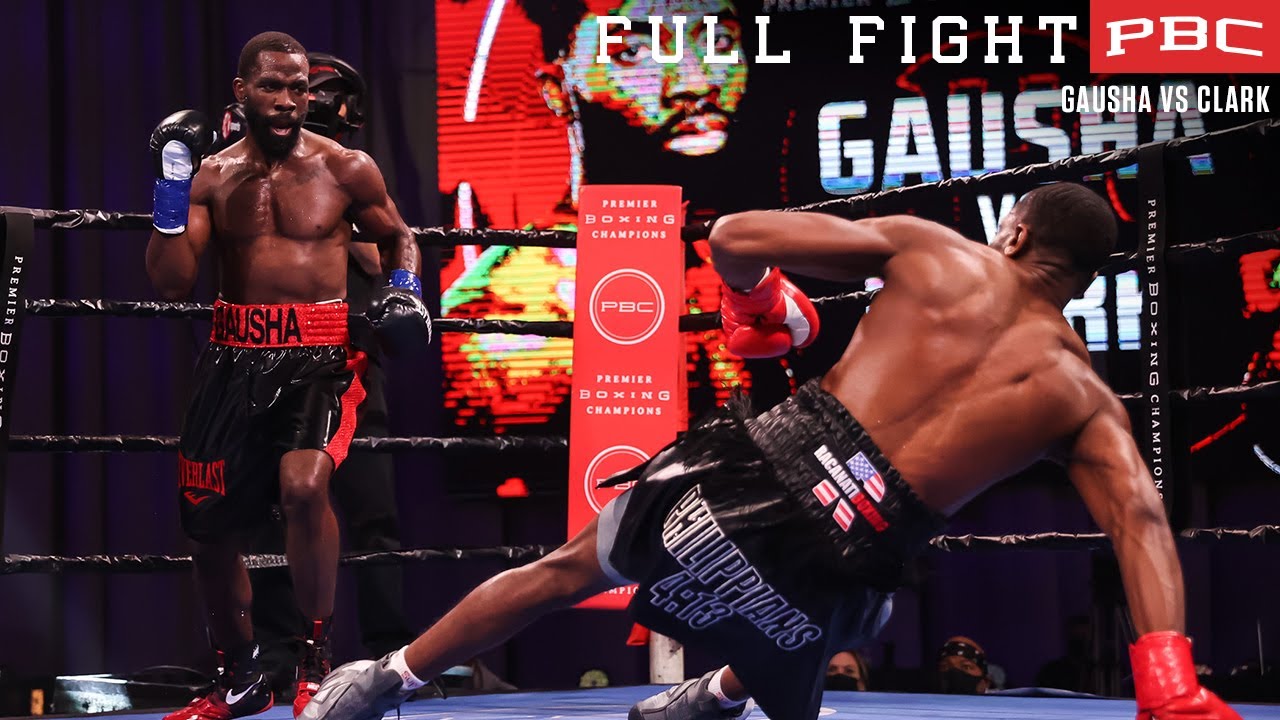 Video
Share on Facebook
Share on Twitter
Share on Pinterest
Share on LinkedIn
Cleveland’s Terrell Gausha (22-2-1, 11 KOs) scored an impressive second-round technical knockout over fellow Ohioan Jamontay Clark (15-2-1, 7 KOs) of Cincinnati. Gausha, 33, did not land a single power punch in the opening round but worked well behind the jab, winning the round on two of the judges’ scorecards. As the second round neared completion, Gausha beautifully countered a lunging left hand from the southpaw Clark which sent the 26-year-old to the canvas for the first time in his professional career. Clark beat the count but moments later was met by a barrage of unanswered punches in the neutral corner. Referee Arthur Mercante jumped in and called a halt to the bout at 2:44 of the second round.

“I knew Jamontay was a tough kid, I’ve been watching him since Cleveland so I knew about him already,” said Gausha. “I felt like I had a chance to knock him out but I didn’t know how the fight would play out. But I feel I did good, executed the game plan. My coaches had been studying film and we executed.

“I just took my time,” added Gausha. “I was setting traps. I knew he would be open eventually, but I had to be cautious too because he’s a rangy guy, has a good left hand. But I knew there were holes in his game and we executed and when the opportunity presented itself, we landed that big right hand.”

“I know I made a statement tonight,” added Gausha. “I put the division on notice. I’m locked and loaded and I’m ready. I want to be a world champion so I’m looking to fight whoever I need to fight to get to the belts.”