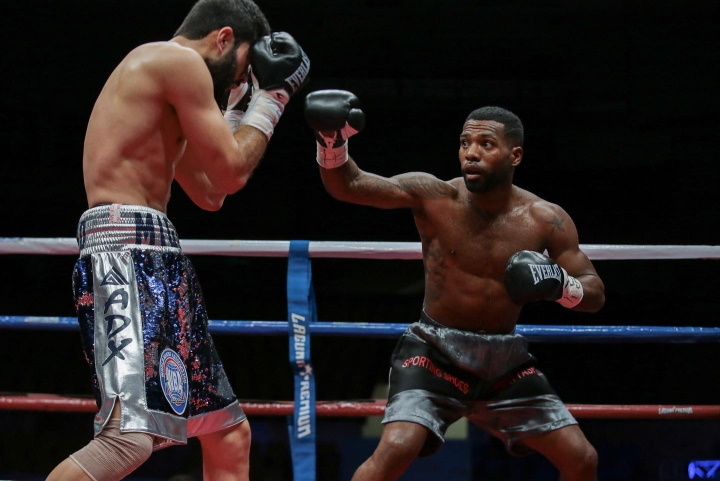 The 37th edition of the World Boxing Association (WBA) “KO Drugs” Festival ended on Saturday night at the Roberto Duran Arena in Panama.

The evening was attended by WBA President Gilberto Jesus Mendoza, in addition to great personalities of Panamanian boxing and former President Ricardo Martinelli, a great lover of the sport.

Corrales overcame adversity in the first round when he suffered a flash knockdown. He recovered and used his boxing skills to keep the big puncher at bay. Both boxers were deducted points in a very rough fight where a lot of rough tactics were used by both.

Corrales has now won three fights in a row since losing back to back fights to Chris Colbert and Ladarius Miller.

Moreno, meanwhile, got a technical knockout against Pina to retain his Fedelatin featherweight crown in a good performance for the veteran.

Another outstanding fight was that from Venezuelan Johan Gonzalez, who won the NABA super welterweight championship with a knockout over Azerbaijan’s Elvin Ganbarov in the fifth round.

Panama’s Felix Montenegro surprised Cuba’s Leosdan Nunez and defeated him by majority decision to win the Continental Americas super flyweight title, while Venezuela’s Liborio Solis survived a knockdown in the early part of his bout against Mexico’s Alejandro Gonzalez to win by unanimous decision and retain his Fedelatin bantamweight belt.

On the other hand, Colombian prospect John Lennon Gutierrez won a close majority decision against Panamanian John Valencia in a six round bout.