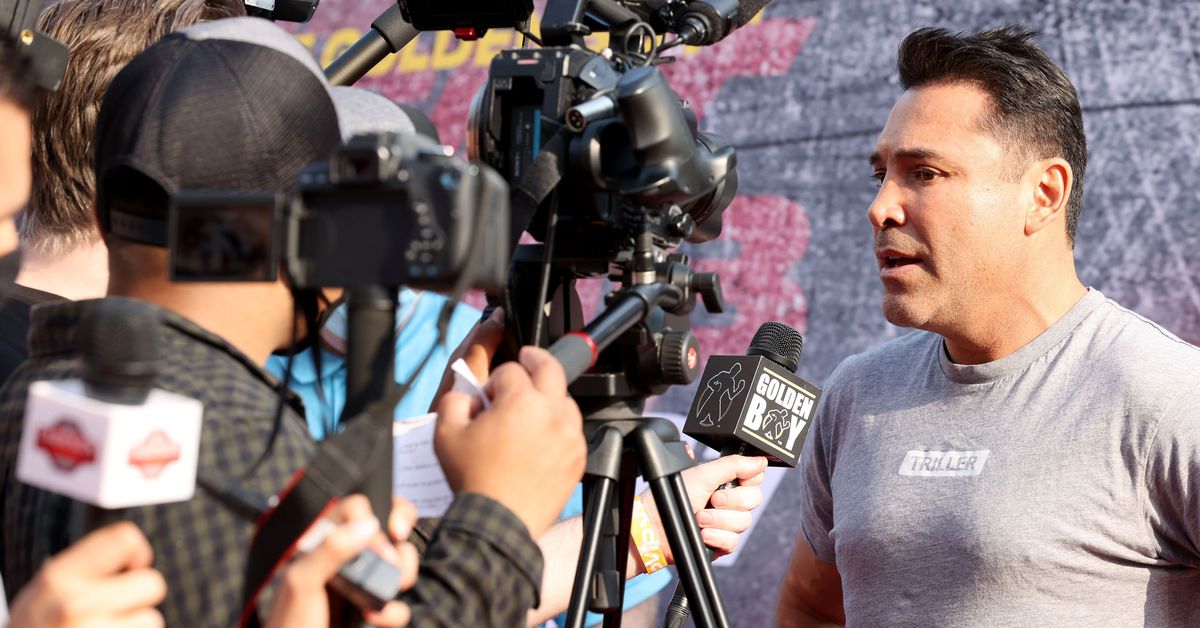 Golden Boy promoter Oscar De La Hoya took so a live stream yesterday to talk about Vergil Ortiz’s fight week before also publicly calling for Jermall Charlo and Showtime to strike a deal to make a fight against Jaime Munguia, even though reports indicate talks have broken off.

“Jaime Munguia vs Charlo. Listen, we want the fight, obviously!” De La Hoya said. “ And Charlo’s the champion, he gets the bigger cut, we all know that, that’s common sense.

“Showtime, yes, you have the fight on Showtime PPV but I need DAZN to participate. They built Jaime Munguia, that’s only fair, it’s business. More platforms, more pay-per-views, more money for the fighters. What’ s wrong with that?!”

Jermall Charlo is most recently coming off a unanimous decision win over Juan Macias Montiel last June and could likely use a good dance partner to bring some excitement back to his career, while Munguia stopped D’Mitrius Ballard last month and could use a step up in level to determine just how good he really is.