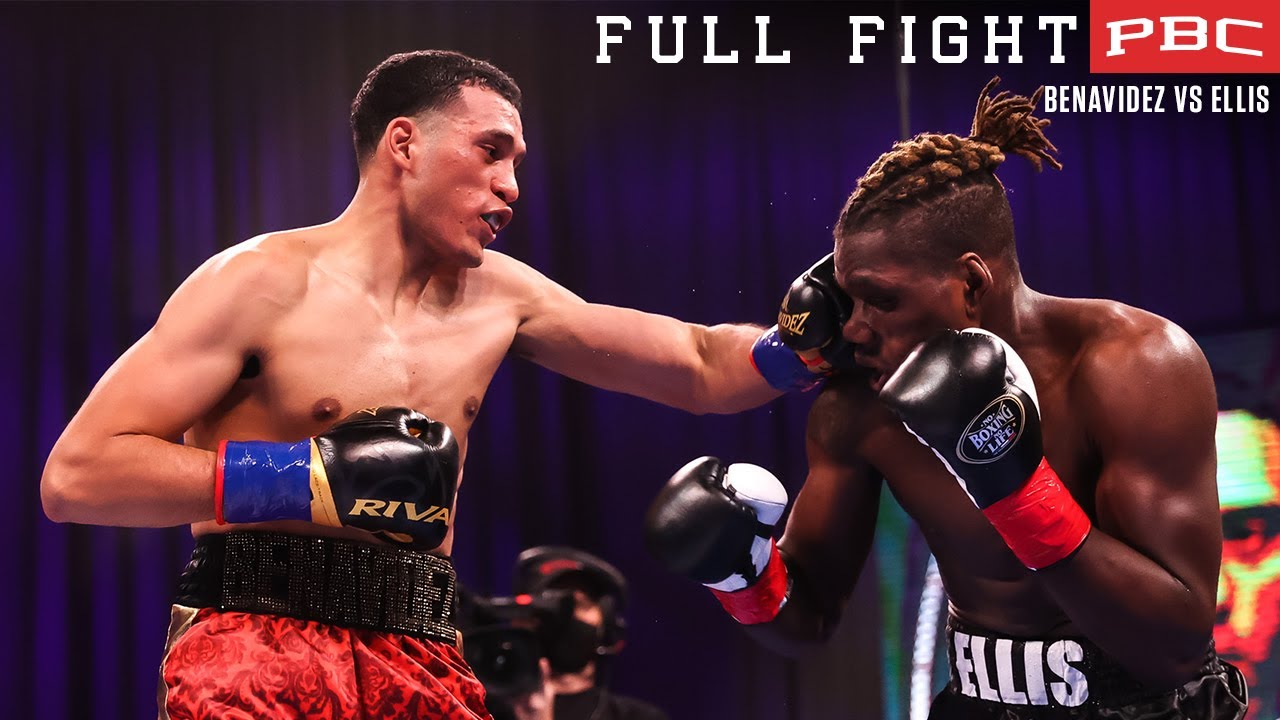 “I rate my performance pretty good but I know I could have done better,” said Benavidez, who extended his perfect record to 24-0. “Ronald Ellis is a tough competitor. I just hope the fans like what they saw. I threw a lot of combinations, punches in bunches. There were a lot of times I thought Ellis was going to quit but he didn’t. Hats off to him, he’s a tough guy. It was a little later than I wanted but a stoppage is still a stoppage. I hope the fans got a good show tonight.”

A boxing prodigy turned youngest super middleweight world champion in boxing history, Benavidez turned in a masterful performance as evidenced by his punch stats, landing 289 of 532 power punches thrown for an eye-popping connection rate of 54%. Benavidez connected on 50 punches in the 11th round which ultimately led to the stoppage. Both fighters combined to throw 1,403 punches. Following his dominating win on SHOWTIME, Benavidez is one step closer to reclaiming a super middleweight world title.

“I want all the big guys,” Benavidez added. “Speaking for the fans too, they would love to see me against all the big guys because as you can see, I love throwing punches. I love stopping people so me versus any big name would be an amazing fight. I want [Jermall] Charlo, Canelo Alvarez, Caleb Plant, all of them.”

Ellis, 31, showed tremendous determination and a very sturdy chin as he absorbed the constant onslaught from the former two-time world champion. Often working off the ropes as Benavidez pressed the action, Ellis landed 89 of his 334 jabs.

“I could have popped the jab and controlled things a little bit more and not let him smother me,” said Ellis. “Hell yeah I wanted to finish. I didn’t want to give him that satisfaction. I could have moved a little bit more and not taken so many shots to the head. Hats off to him. He did what he had to do. He never hurt me, that’s the funny thing. I took a lot of shots but he didn’t damage me or have me super hurt. I never thought about quitting.”

The sports world lost an icon today as the death of Marvelous Marvin Hagler was reported hours before the live telecast began. A member of the International Boxing Hall of Fame, Hagler, who was 66 years old, fought in the first main event ever on SHOWTIME CHAMPIONSHIP BOXING on March 10, 1986. Hagler was honored with a ceremonial 10-count prior to tonight’s main event.

Benavidez reflected on Hagler’s passing after the fight: “I had met Marvin once before and he was a great champion. Someone told me he fought the first fight on SHOWTIME. Someone on my team let me know a few hours before the fight that he had passed. It’s sad and he will be missed. He was a true legend.”