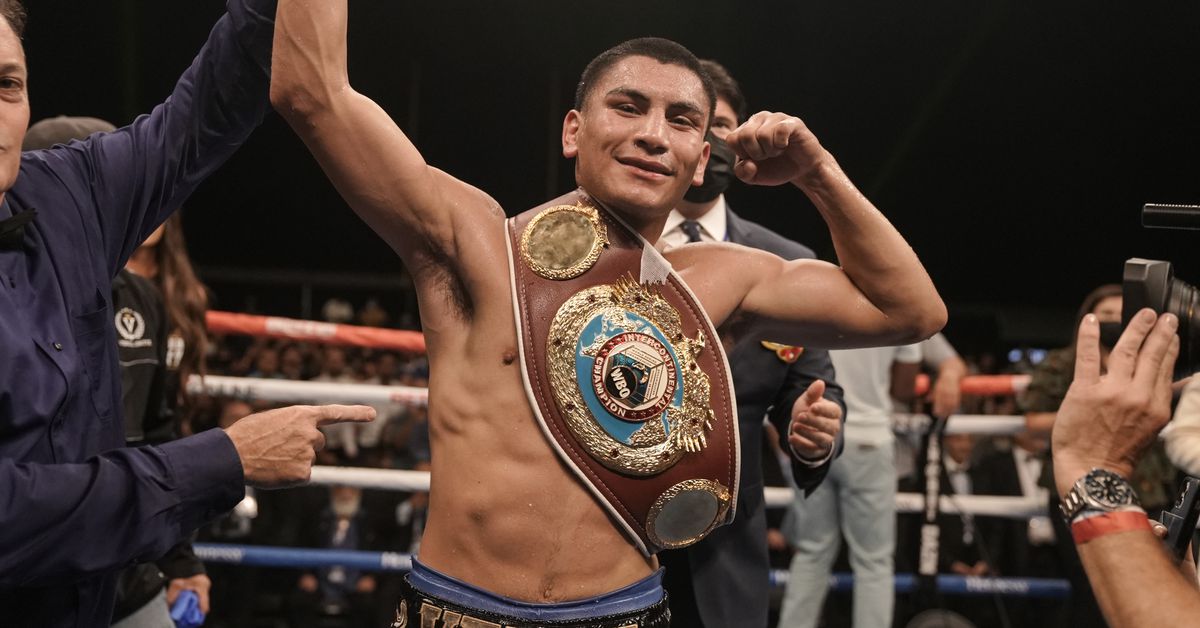 Note: Probellum’s show in Dubai headlined by Estelle Mossely will be available on discovery+ and Eurosport app for people in the proper territories. The U.S. is not one of those.

Note: Probellum’s show in Dubai featuring Sunny Edwards vs Muhammad Waseem and Regis Prograis vs Tyrone McKenna will be available on discovery+ and Eurosport app for people in the proper territories. The U.S. is not one of those.

FITE PPV, 3:00 am ET, Sam Soliman vs Jesse White 2. For the low price of $17 you can watch 48-year-old Sam Soliman rematch a 6-2 opponent he beat by split decision in a six-rounder in December. This one is set for eight rounds, and this time, the vacant Victoria (Australia) State Middleweight Championship is on the line. The title last existed in 2017, but dates back to 1896 with occasional reigns.

BT Sport 3 (UK), 3:30 pm ET, David Avanesyan vs Oksari Metz. This is why Avanesyan signed with Queensberry. The big fights. Where else could have have gotten a matchup with Finland’s top welterweight, No. 183 in the world on BoxRec?

DAZN, 9:00 pm ET, Vergil Ortiz Jr vs Michael McKinson. Ortiz is one of Golden Boy’s few viable headliners, especially as a true A-side. The company’s existence is kind of riding on Ortiz, Ryan Garcia, and Jaime Munguia at the moment. Munguia fought in February, Ortiz this month, Garcia is out in April. Ortiz will be a heavy favorite here. McKinson is a solid fighter, but Ortiz isn’t Chris Kongo or Przemyslaw Runowski, and a welterweight with two stoppages in 21 wins is going to eventually find a ceiling. But he’s scrappy, crafty, and — I mean, look, on paper, we’re all trying to find reasons to get interested in Ortiz against a guy nowhere near the top 10 or 15 at this point. Golden Boy’s roster is thin enough that it’s tough to put on good undercard fights right now, too, but the Alexis Rocha vs Blair Cobbs fight could be a good one. Bad Left Hook will have live coverage.

ESPN+ and ESPN, 10:00 pm ET, Edgar Berlanga vs Steve Rolls. Berlanga returns after a biceps surgery, having gone the distance in his last two after those 16 first round stoppages to start his career. Rolls is a good opponent for where Berlanga is out; I know he got torched by GGG, but, well, that’s GGG. Rolls is the sort of opponent Berlanga should be fighting at this point. Whether it should be an ESPN main event is another question, but if we’re all being honest it’s not that out of line with a lot of main events on DAZN or FOX or Showtime or anywhere else. Xander Zayas is also back on the card. Bad Left Hook will have live coverage.