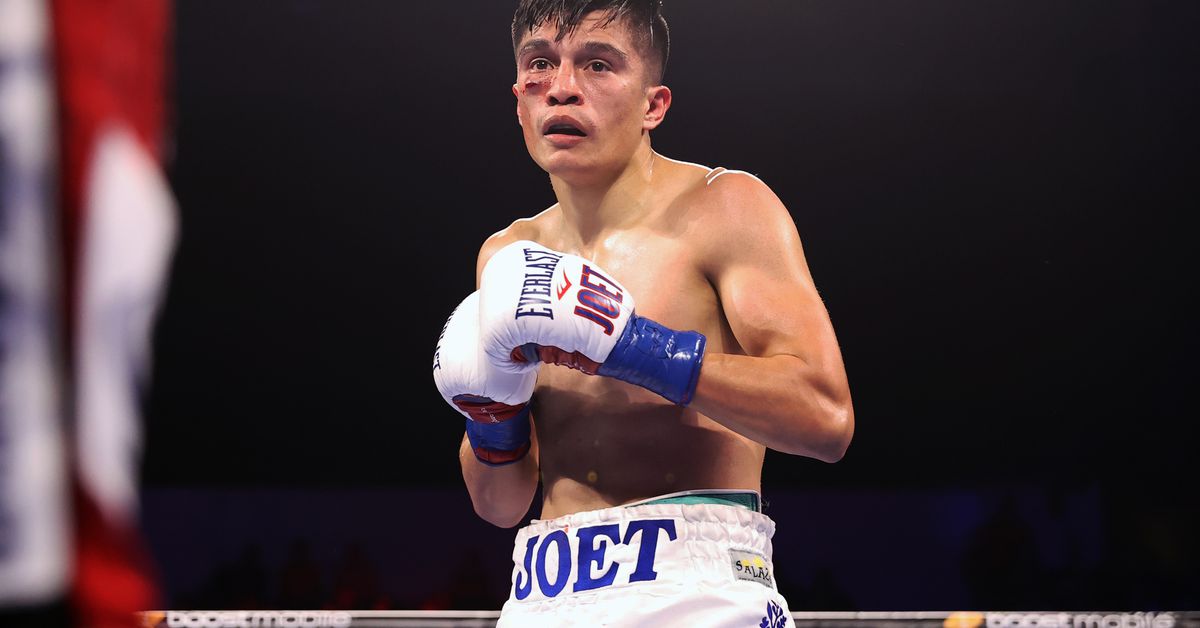 Despite losing two title fights in his last three appearances, Joet Gonzalez still has his eyes on the prize. Top Rank announced today that they’d signed Gonzalez to a “multi-year promotional contract” that kicks off on the February 5th Jose Ramirez vs. Jose Pedraza show.

Gonzalez (24-2, 14 KO) unsuccessfully challenged Shakur Stevenson for the vacant WBO featherweight crown in 2019, got back on track with a wide decision over Miguel Marriaga, then put forth a solid effort in defeat against Emanuel Navarrete last October. He’ll be taking a step back in competition here, as he faces 25-year-old former Navarrete victim Jeo Santisima (21-3, 18 KO).

Even if he fell short against two of the best in the game, Gonzalez remains a very determined and skilled fighter who could very easily work himself back into title contention before long. Let’s see where this goes.

“Joet Gonzalez is a fighter of tremendous character and one of the best featherweights in the world. When he became available, it was a no-brainer,” said Top Rank chairman Bob Arum.

“My last three fights have been on Top Rank cards, and they’ve always treated me with respect. I can’t wait for my official debut under the Top Rank banner,” Gonzalez said. “Jeo is a tough Filipino warrior, and this is a great opportunity to prove I belong in the featherweight title conversation. I want another title shot, and it all starts with an impressive showing in Fresno.”