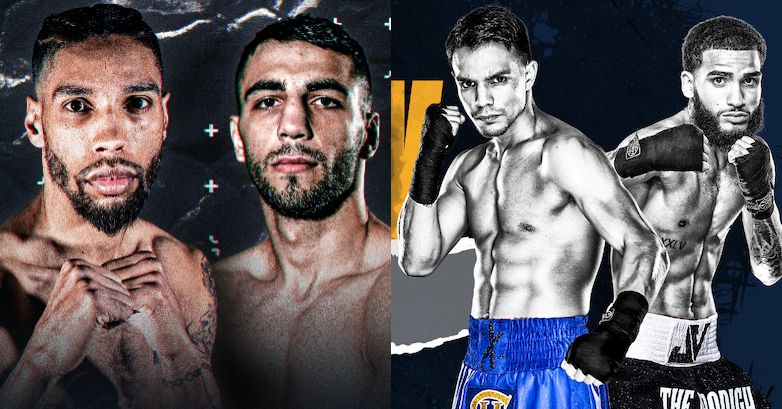 ESPN+, 2:00 pm ET, Archie Sharp vs Alexis Boureima, Tursynbay Kulakhmet vs Juan Carlos Abreu. An MTK Global show from the famed York Hall in London, nothing special about it really, but it’s boxing. Bad Left Hook might have live coverage.

DAZN, 2:00 pm ET, Chantelle Cameron vs Mary McGee. We were supposed to have a big heavyweight main event from the O2 in London between Dillian Whyte and Otto Wallin, but now we do not. Instead, the headline bout is Chantelle Cameron and Mary McGee unifying 140 lb titles, with Alen Babic, Craig Richards, and others also on the show. There’s no lying here that this show is not nearly the event it was originally, but we’ll be here, might as well make a full day and night out of the boxing on a Saturday. Bad Left Hook will have live coverage.

ESPN+, 6:55 pm ET, Jose Zepeda vs Josue Vargas, Carlos Caraballo vs Jonas Sultan. The start time is when the early fights begin, lots of prospects set for the New York show. The Top Rank post-show is slated to begin at Midnight ET, so expect the main event sometime around 11, probably. I like this one, it’s a big chance for Vargas to really arrive at 140, and Zepeda is a proven if at times inconsistent contender. Should be a good fight. Bad Left Hook will have live coverage.

SHO, 10:00 pm ET, Jamal James vs Radzhab Butaev, Jaron Ennis vs Thomas Dulorme. It’s a tripleheader, with Michel Rivera facing Matias Romero in the opener. Decent card, not the level of opponent Ennis has been asking for, but Dulorme can still fight well enough at the level he’s been at a while now. The problem with that is Ennis has beaten guys at this level pretty easily already. James-Butaev is a good matchup for both, and they could be moving toward a matchup between the winner of that and Ennis, possibly. Maybe. Bad Left Hook will have live coverage.