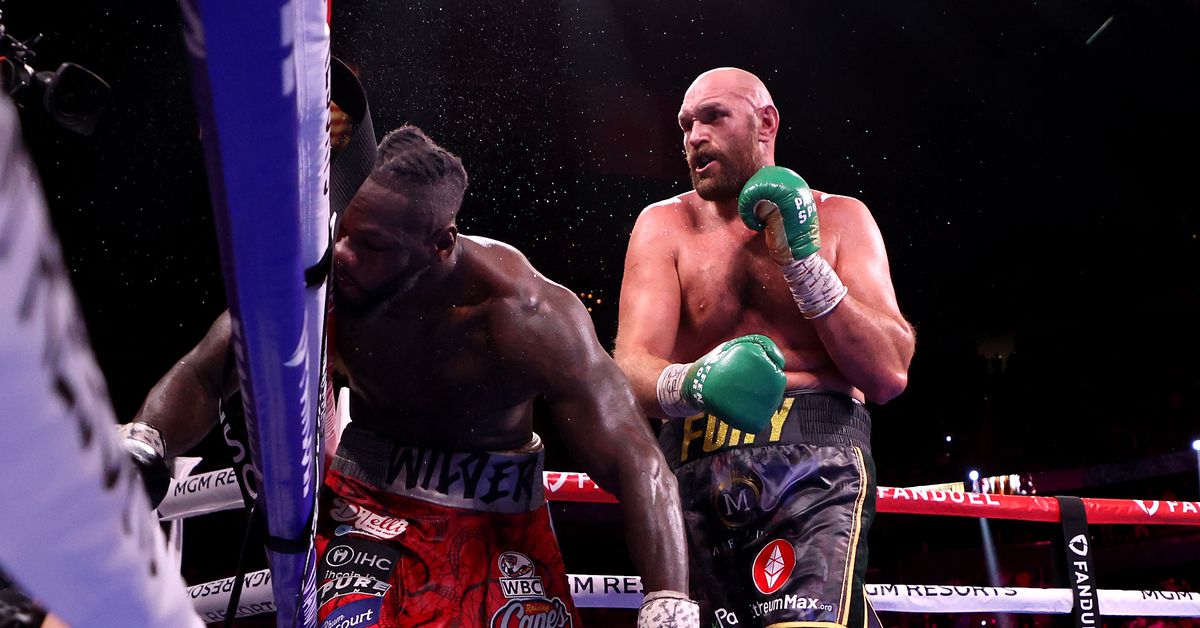 Tyson Fury and Deontay Wilder put on a heavyweight slugfest for the ages tonight in Las Vegas, with Fury coming off the canvas twice himself to stop Wilder in the 11th round.

Wilder was down three times total in the fight, once in the third, once in the 10th, and then a final time in round 11. But he also dropped Fury two times in the fourth, and fought with an incredible bravery despite absorbing major punishment for much of the bout.

Fury (31-0-1, 22 KO) retains the WBC and Ring Magazine titles with the victory, and keeps his claim as the top heavyweight in the sport today, while wrapping up what will go down as one of the most entertaining trilogies of all time, certainly in the heavyweight division.

The fighters both garnered huge respect from media, fans, and their fellow pros in the boxing world. Here’s what some of them had to say in the immediate aftermath:

Glad wilder is okay! He showed a lot of heart, no one lost tonight!

Fight of the year! Like a damn rocky movie lol

That’s the type of fight where DW will prolly never be the same, but like my boy Diego use to say if immma go, let me go out a warrior or on my fucking back. Congrats Champ

Unbelievable!! Huge respect to both men. That is why we love boxing

That was a great fight. I was team Wilder but Fury beat him fare and square no controversy. The two best in the world fought and this is what boxing needs. Fury is undoubtedly the best heavyweight on the planet. #FuryVsWilder3

What a classic fight! This trilogy will live forever!

Wilder went 0-2-1 in 3 fights with Fury, but that was the most entertaining WINLESS trilogy you’ll ever see. #FuryVsWilder3

What a fight. Tyson Fury take a bow.

I’m not sure that you can come back from two vicious beatings like that in a row. I don’t think so. If he can’t, I never want to hear a negative word about Deontay’s legacy. He simply fell short again against a man that is just better. #boxing

Rough night for the state of Alabama.

Anthony Joshua should step aside and let The undisputed happen.

Hell of a fight. Wilder showed a lot of heart… fury just too big, too smart & too strong.