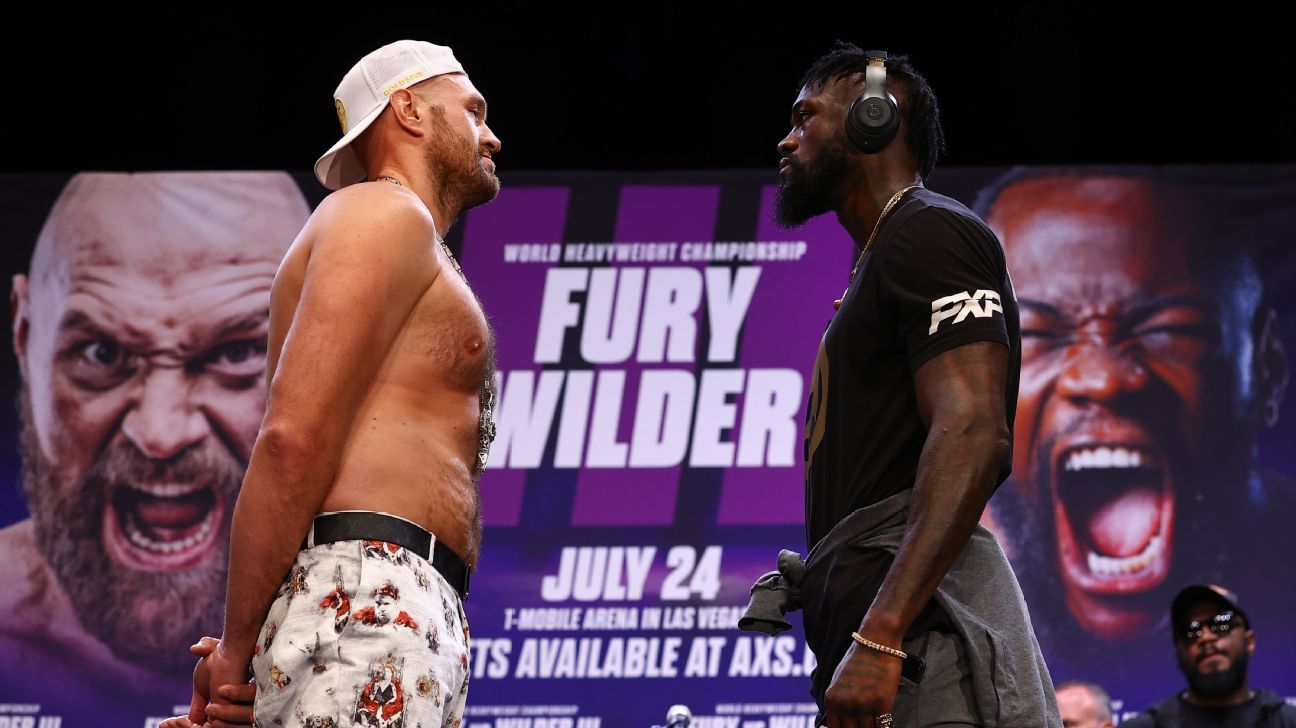 Fury won the title from Wilder with a seventh-round TKO victory in February 2020, the rematch of a disputed split draw back in 2018, when Fury got up from the canvas in Round 12 to finish the fight.

Fury (30-0-1, 21 KOs), 33, of Manchester, England, has promised another KO victory and said he will send Wilder to an early retirement.

“Wilder is a weak person mentally, and I’m going to knock him out on Saturday night,” Fury said during a news conference on Wednesday. “I obliterated him in the rematch, and I see much more of the same in the third fight.

“He’s in denial, and he’s getting knocked out. His legacy is in bits. I knocked him out, and now I’m going to retire him.”

Wilder (42-1-1, 41 KOs), 35, of Tuscaloosa, Alabama, said the fight Saturday will be one to remember and is confident he will be on top this time around.

“I don’t have anything to prove,” Wilder said. “I’m in a great place and in a great state of mind. I have a lot of great people around me. This fight is about redemption, retaliation and retribution.

“Saturday night is going to be a different fight. It’s rare that we get trilogies like this, and I truly believe this one is going down in history.”

“It was emotional!” Zolani Tete reacts to stunning win over Jason Cunningham
Rivera vs Fernandez FULL FIGHT: July 3, 2021 | PBC on Showtime
Lara vs Montiel FULL FIGHT: April 30, 2016 – PBC on FOX
‘Give me two years and I’ll be knocking on the door’ David Adeleye on blockbuster boxing fights
Joe Joyce: Wants fight with Fury, Joshua, and Usyk before they retire | Joyce v Hammer