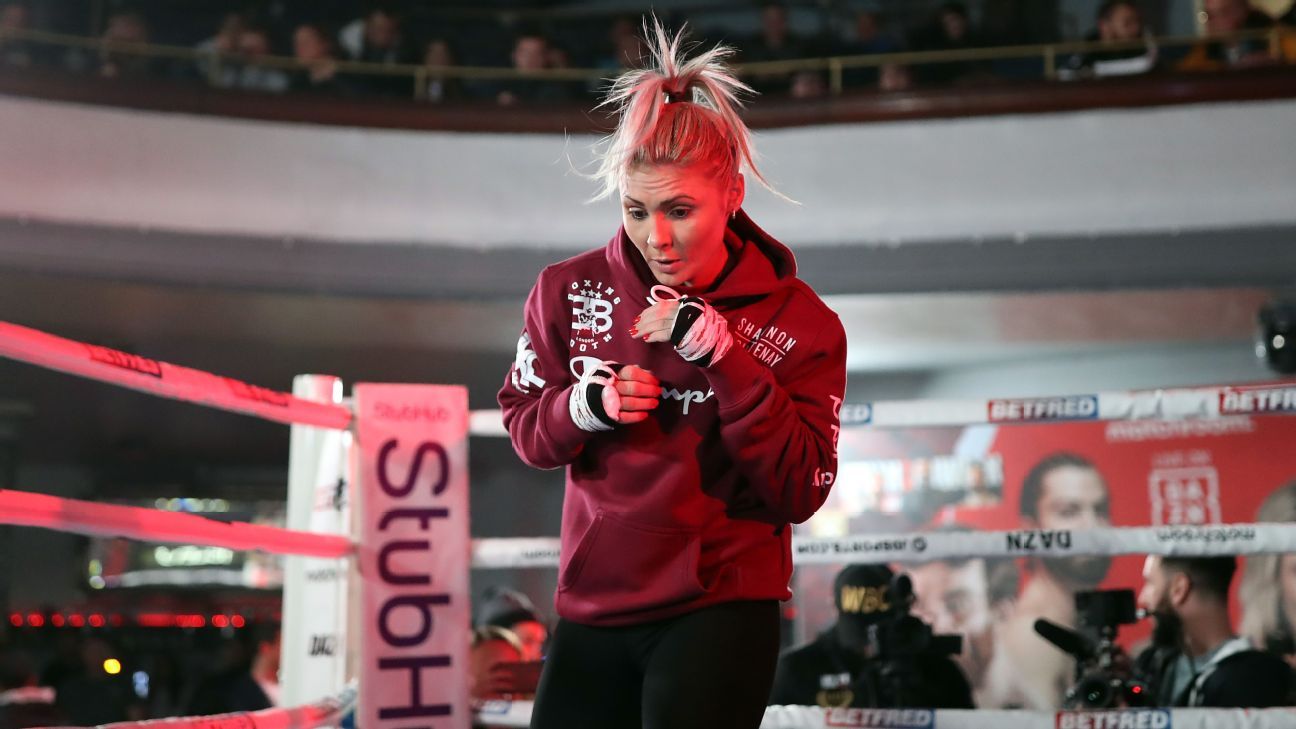 WBA women’s bantamweight title holder Shannon Courtenay lost her belt on Friday by missing weight ahead of her bout against Jamie Mitchell.

Courtenay weighed in at 120.5 pounds, 2.5 pounds over the bantamweight limit for the fight before her first defense of the title on the undercard of the Liam Smith- Anthony Fowler WBA light middleweight title fight. The 28-year-old Courtenay (7-1, 3 KOs), who still plans to fight Mitchell on Saturday, explained the situation on Instagram later Friday.

“We had no weight issues during camp & all week I’ve been in a really good place & ready,” Courtenay wrote. “We was on weight & ready to go yesterday & then last night unexpectedly my menstrual cycle started which for obvious reasons makes woman gain weight.

“To say I’m devastated is understatement because this has never happened before I’m always professional but this was physically out of my control.”

Courtenay won the title in April by defeating Ebanie Bridges with a unanimous decision. Now, the only one who can walk away with a title Saturday in Liverpool, England is Mitchell (6-0-2, 4 KOs).

Mitchell last fought in March knocking out Noemi Bosques on the undercard of the all-female Claressa Shields Pay Per View in Flint, Michigan. This is the first title shot for the 36-year-old Mitchell, who will make her European debut Saturday.