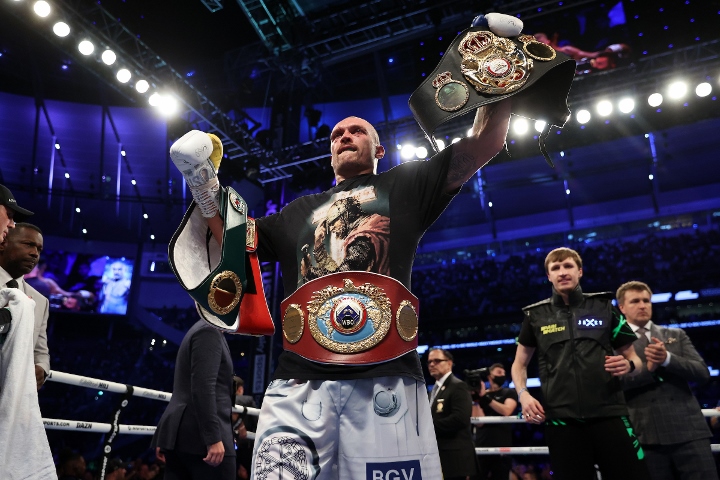 A few days ago, Suliaman actually spoke with Usyk during a video call and congratulated him for the victory. During the call, former world champion Vitali Klitschko awarded Usyk with a special WBC title.

“It is wonderful, it dignifies and it shows that boxing is not a game, that anyone has a chance to get ahead. Usyk went out to win with the heart of a lion, with strategy, intelligence, technique, tactics and he won the fight,” Sulaiman told EFE.

Sulaiman acknowledged that Usyk’s victory changes the entire landscape of the heavy division, but that always happens in boxing.

Next Saturday night, Tyson Fury will defend the WBC heavyweight title against Deontay Wilder in a trilogy fight at the T-Mobile Arena in Las Vegas.

“It is a changing sport. Now the big figure is Usyk and we are going to see what happens with (Deontay) Wilder and (Tyson) Fury, a fight of great importance; there is a lot of interest in the heavyweight division,” Sulaiman said.

Joshua will now head to a rematch with Usyk, with the second fight being targeted for the first quarter of 2022.

The victor of the Fury vs. Wilder trilogy bout will be looking to secure the Usyk-Joshua winner at some point in the upcoming year.