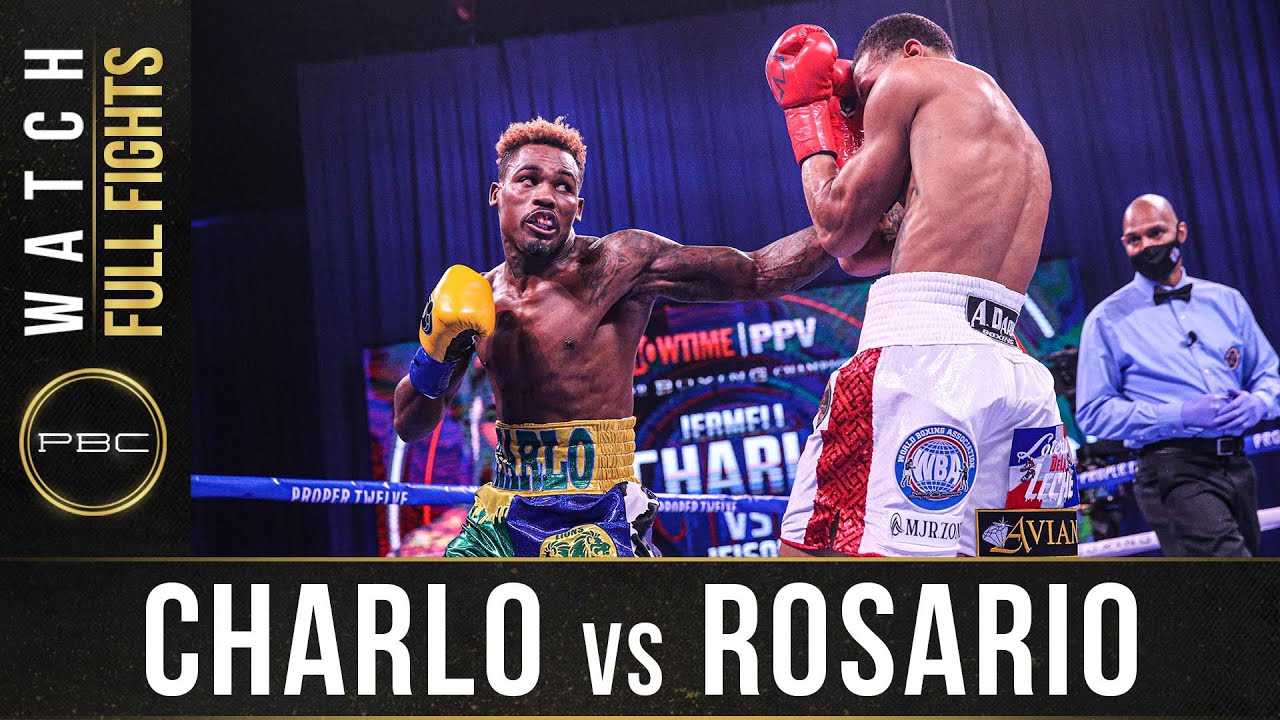 Video
Share on Facebook
Share on Twitter
Share on Pinterest
Share on LinkedIn
Jermell (34-1, 18 KOs) stole the show in the main event as he knocked out Jeison Rosario (20-2-1, 14 KOs) in stunning fashion just 21 seconds into the eighth round with a straight left jab to the body. Rosario struggled to get to his knees and appeared to have the wind knocked out of him as he was counted out by referee Harvey Dock.

“It’s Lions Only forever,” Jermell said. “We’ve been doing this for a long time. Dreams do come true. This is a part of my dream and a part of my destiny. I’m satisfied and I’m happy.”

After seven completed round, Jermell held a narrow lead on all three judges’ scorecards: 66-65 and 67-64 twice.

Jermell recorded two knockdowns before his knockout. In the closing seconds of the sixth round, Rosario from Santo Domingo, Dominican Republic, went down for the second time as Charlo connected on a short left hook that stunned Rosario, who was saved by the bell. Rosario was also sent to the canvas early as Jermell scored a knockdown on a left hook to the top of Rosario’s head in the first minute of the fight. Rosario was taken to the hospital for observation following the fight.

“I knew that he was going to keep coming after the first knockdown,” Jermell said. “He kept pressing for four or five rounds until I floored him again. I’m growing and learning that the knockout just comes. I know that I have explosive power in both hands. I utilized my jab more than any other punch in this fight and that’s what got me these straps.”