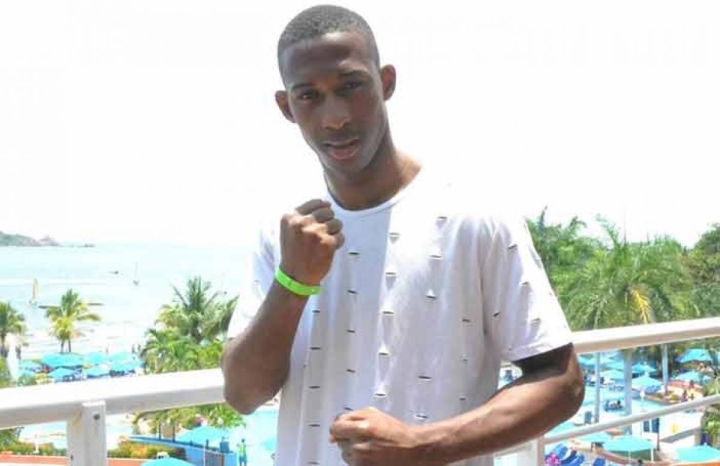 Vicente, currently residing in Panama City, Panama, but originally hailing from Havana, Cuba, is currently ranked #10 in the world by the WBC. A former decorated amateur on the vaunted Cuban National Team, Vicente (17-1, 15 KOs) turned professional in 2016 and has gone on to stop all but three of his professional opponents.

The 28-year-old will make his Sampson Boxing debut on Friday, October 29, at the Centro de Convenciones Vasco Nunez de Balboa, Bella Vista, in his adopted home of Panama City in a 10-round showdown against Argentina’s Javier Herrera (17-4-1, 8 KOs) for the WBC Continental Americas Super Featherweight Championship.

“I am very happy to have gained a promoter who can properly move my career in Sampson,” said Vicente. “Our plan is to begin fighting in the US and start climbing up the ladder to a world championship. I am going to train like never before because I know I have been given the opportunity of a lifetime to reach all my dreams as a fighter.”

“The Cuban Menace will be a world champion,” said Lewkowicz. “He is a very strong fighter with excellent power in his combinations and the skill level you would expect from an elite fighter. We will continue his development and move him into the fights he needs to become another great champion from the Island of Cuba.”

GGG: Canelo is “Low Class” & I’M STILL Mexican Style!
‘I THOUGHT ANTHONY JOSHUA WAS EXCLUSIVE TO DAZN!’ – Frank Warren on Joyce, Hearn more
Anthony Joshua vs Tyson Fury THE ROAD TO A SUPERFIGHT – In their OWN WORDS
“I said fourth round as well!” Joe Joyce reflects on stunning performance vs Christian Hammer
‘Give me two years and I’ll be knocking on the door’ David Adeleye on blockbuster boxing fights