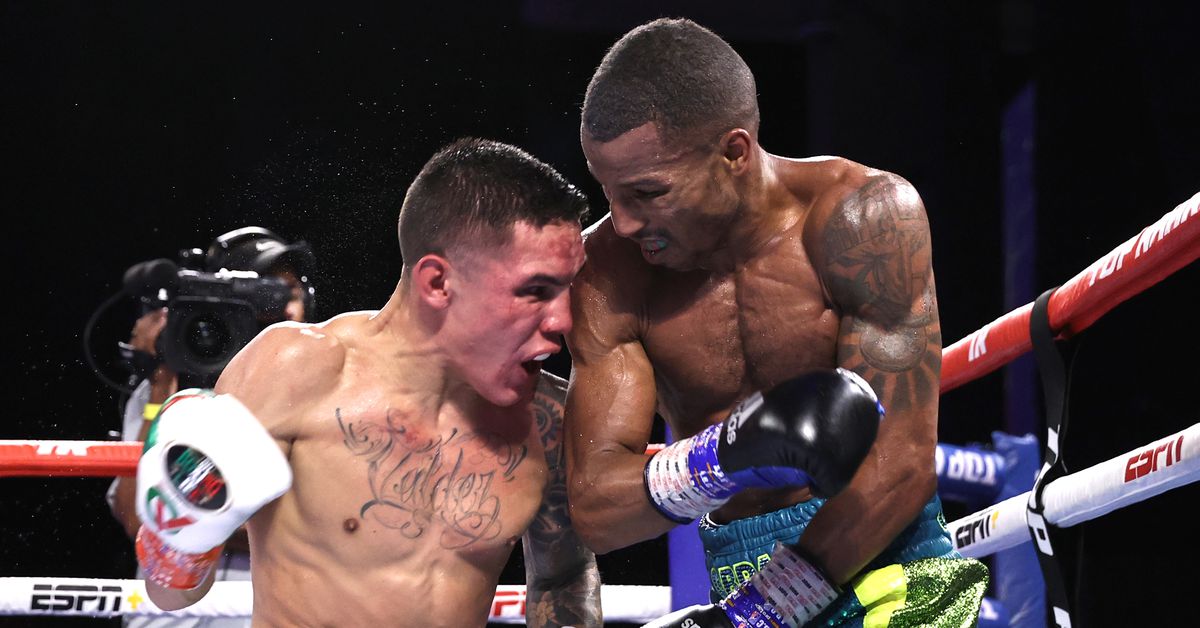 Once Oscar Valdez failed a pre-fight VADA drug test for phentermine and was allowed to fight — and defend his WBC title — anyway, Friday’s ESPN+ main event with Robson Conceicao was always going to be shrouded in controversy.

Fight night itself left us with some more, as there is plenty of debate as to whether or not Valdez deserved the decision win he got from the judges in Tucson.

But much of the gap was provided in the first five rounds, after which the rounds became much closer to call.

Anyway, here’s what some of the pros watching made of the fight and the outcome:

Good fight I thought it was closer tho

Even though we know they won’t give it to Robson Conceicao – we all know he won that fight. Argue with yourself. ‍♂️

So you let him cheat with drugs, then gift him the scorecards ‍♂️

Hmm Valdez needs to learn some defense cause someone running doesn’t get your face looking like that! Now Conceaio really gave up a lot of rounds showboating, and dancing. But….. the point deduction wasn’t right! But he did have his comeback rounds #ValdezConceicao

Keep in mind this is oscars Valdez home town and there where some close rounds .. but I think Oscar won this fight, concenceio didn’t close the show and did not show how bad he wanted to be a champ

I just want to say that the narrative of a fight is not how you score it–you do it by rounds. Conceciao won five of the first six rounds, Yes, he faded in the 2nd half of the fight. But the number of rounds he won is how the scoring is done. And the referee added to issue

Oscar did what he needed to do to win. But he can’t beat Shakur or Jamel or ME like that. Lol he’s food