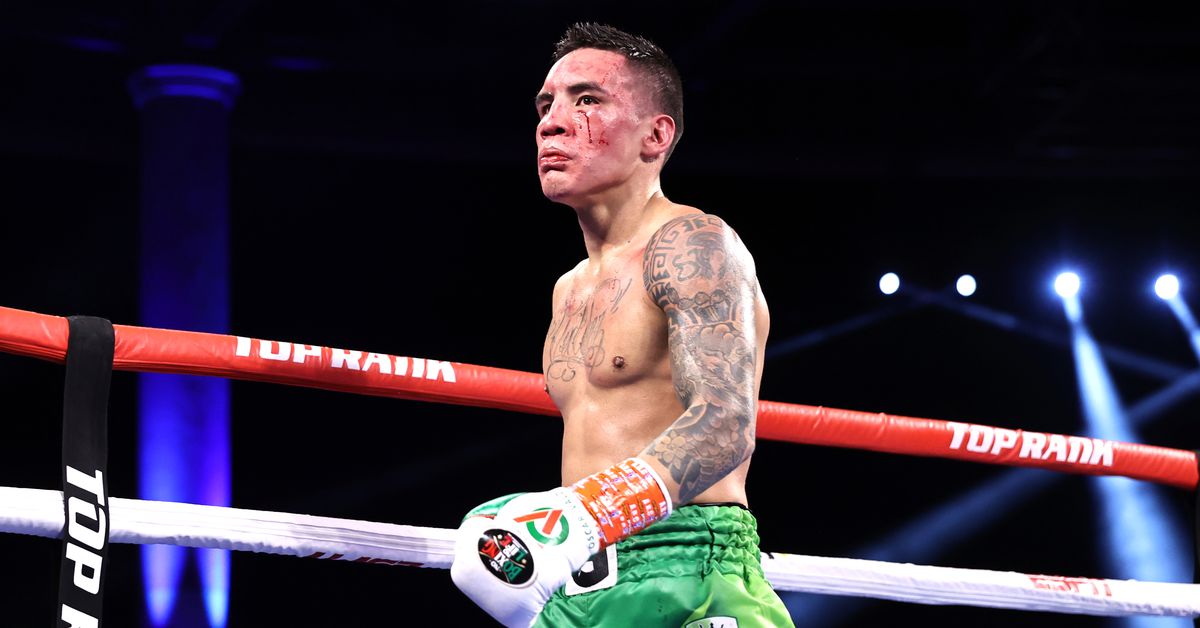 It’s been anything but smooth sailing in the past week or so for Oscar Valdez. First, he tested positive for phentermine, which meant he’d failed a VADA drug test, but the fight was allowed to go on anyway, sanctioned not only by the commission but also the WBC.

The WBC allowed Valdez to keep their junior lightweight title for the bout, with the great responsibility that he do some stuff that he probably won’t actually have to do, and then become an ambassador for their “Clean Boxing Program,” which is one of the things that failed in the checkpoints leading into this fight.

On Friday night, Valdez won a debated but not outrageous decision over Robson Conceicao, a fight nobody was clamoring to see in the first place, one that only had the buzz centered on Oscar’s failed drug test.

Through various sympathetic interviews, Valdez (30-0, 23 KO) has already begun the task of trying to rehab his image, but as we’ve mentioned before, it won’t really be that necessary. Only the passing of time and a lack of further failed drug tests will be required, really. A lot of people who think this will greatly impact where the Mexican fighter goes from here are ignoring not only boxing’s history with this sort of thing, but the history of boxing fans and media alike.

He failed a test. It’s going to be a story for a little bit. And then we’re going to gradually just stop talking about it. A lot of big name fighters, including Valdez’s training stablemate Canelo Alvarez, have failed drug tests. So have Roy Jones Jr and Erik Morales, two beloved fighters, and Shane Mosley was involved in the BALCO scandal. The truth is, boxing remains lawless and despicable and indifferent enough that nothing ever really changes, and mostly we just move on. That is the reality of the situation.

And now the focus starts to shift to what Valdez does next. He still has the WBC 130 lb title and remains arguably the top dog in a division that just doesn’t have many big names.

Post-fight, he made the challenge to the winner of the upcoming fight between WBO titleholder Jamel Herring and Shakur Stevenson, which is set for Oct. 23 in Atlanta. Stevenson will be a solid favorite there, but Herring is a legitimate step up for the young, emerging star, and it’s no gimme.

Truthfully, we’ve heard the same “call-out” before. There was talk of Valdez-Stevenson a few times, hasn’t happened. Valdez left the 126 lb division when Stevenson became his WBO mandatory challenger, in fact, which Stevenson has not forgotten.

There was also talk of Valdez-Herring earlier this year, after Valdez beat Miguel Berchelt, because it didn’t seem like Herring was exactly dying to fight Shakur. Didn’t happen.

But Top Rank have guided themselves to what Bob Arum seems to really want, or at least has been his focus since that Valdez win over Berchelt in February, which is Oscar Valdez vs Shakur Stevenson. They’ve aimed to maximize that by maneuvering to Herring-Stevenson, with the idea that Stevenson will win the WBO title and set up a two-belt unification against Valdez.

But if it winds up being Jamel Herring, Top Rank doesn’t lose on that, either. Jamel then becomes a bigger star, scoring what will be seen as a career-best victory.

That’s the fight to make, which is obvious enough.

But since it’s boxing, what if it doesn’t happen?

There’s always the chance Valdez could make a move up to lightweight. Part of the sob story is about Valdez having trouble making weight at 130, so maybe he’ll just have to do that. Teofimo Lopez is probably moving up after his fight with George Kambosos Jr, and if he beats Kambosos, that will put three belts into a vacant position.

Glancing at the WBC top 10 at 130 right now, names that jump out quickly are seventh-ranked Andrew Cancio and ninth-ranked Albert Bell, who would be easy fights to make in-house at Top Rank. Cancio (21-5-2, 16 KO) hasn’t fought in nearly two years, though, as a witch has cursed him to never fight outside of the Fantasy Springs Casino again, and he was battered last time we saw him against Rene Alvarado. And Bell (19-0, 5 KO) hasn’t fought at a real contender level, so neither would excite anyone. But then neither had Robson Conceicao, so that doesn’t mean it wouldn’t happen.