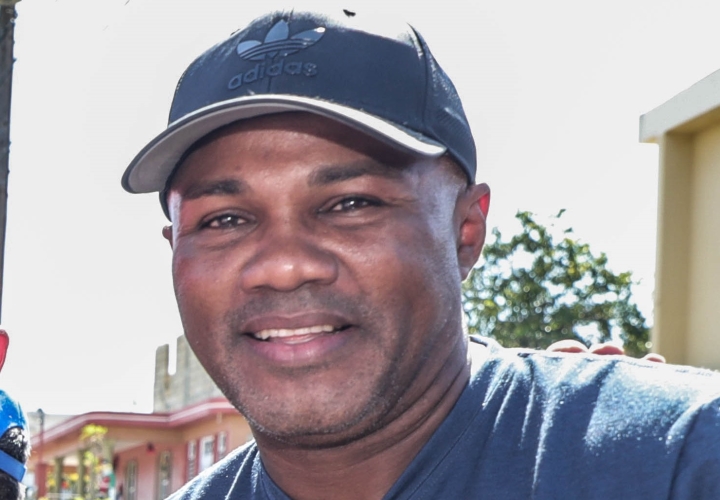 At 48-years-old, former three division world champion Felix “Tito” Trinidad will continue to enjoy the fruits of his retirement from boxing.

Trinidad has been out of the ring since January of 2008, when he lost a twelve round decision to Roy Jones Jr.

He walked away from the sport, for good this time, in the aftermath.

That was the final fight of De La Hoya’s career – or so we thought.

De La Hoya – at 48 – will return to the ring on September 11, when he faces former UFC champion Vitor Belfort in a sanctioned fight at Staples Center in Los Angeles, California.

In a recent interview, De La Hoya made it clear that he was eager to face Trinidad in a rematch.

He wants to avenge two of his career defeats – by facing Trinidad and Floyd Mayweather Jr.

Back in 1999, Trinidad handed De La Hoya his first career defeat by way of a twelve round majority decision in their welterweight unification.

Trinidad has no interest in returning to the ring and indicates that he tried to make a rematch on several occasions- but De La Hoya wasn’t interested.

“He was left with the desire. But I’m not coming back to boxing,” said Trinidad on Telemundo, according to Carlos Narvaez.

“We offered Oscar the fight eight times. Eight times he had the opportunity to face me since I beat him on September 18, 1999 and he did nothing. I am already retired.”

De la Hoya and Trinidad were inducted into the International Boxing Hall of Fame in 2014.

‘Give me two years and I’ll be knocking on the door’ David Adeleye on blockbuster boxing fights
“I said fourth round as well!” Joe Joyce reflects on stunning performance vs Christian Hammer
No Filter Boxing | Joe Joyce & Susie Dent: The Art of Trash-Talking
(GGG trainer) Banks: DEFENSE is the Key! vs Canelo 3 & Strategic Breakdown of Mentality for Fight!
Cruz vs Vargas FULL FIGHT: June 19, 2021 | PBC on Showtime